A Conflict Sensitive Approach to the Syrian Refugee Crisis? 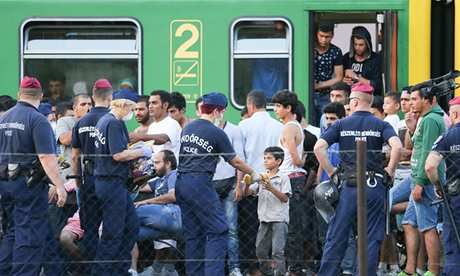 The European Program for Integration and Migration combines humanitarian and development assistance to support the finding of a safe haven in the country of origin with the strategy of border externalization. In the event that a conflict is taking place in the country of origin, the implementation of this agenda is problematic, since it contributes to the creation of an environment in which refugees are marginalized. Marginalization and exploitation can be key aspects leading to another conflict. The question thus remains if the European migration agenda is an appropriate approach to solve the Syrian refugee crisis?

There are approximately 60 million people in the world who are fleeing war and persecution. Even though only a relatively small number of the 60 million have arrived in Europe, EU Member States have had to struggle with the consequences of migration. At the EU level, the crisis has required a complex and comprehensive response in the form of the European Program for Integration and Migration. According to some, it is a diplomatic success in the context of the tense and polarized climate in the Member States but the truth remains that its contents reflect the EU’s efforts to balance between what is necessary and what is politically feasible.

The Union‘s approach to the migration crisis, which is reflected in the important agreements concerning this issue such as the framework partnership with third countries of 2015, is based on the principle under which third countries will prevent illegal migration through the construction of fences and walls at the borders, the renovation of detention facilities and the acceptance of failed asylum seekers through agreements on the return of refugees. In return, these countries will reap benefits from the EU such as development funding and liberalization of the visa regime. What can, however, happen, at least theoretically, is that the third countries will see refugees as a source of revenue.

The EU strategy has created a situation in which the protection of refugees is left to the governments whose aim is, on the contrary, to prevent finding a long-term solution. In the Syrian case, for example, there was a significant increase in the bureaucratic obstacles when issuing visas to refugees. Thus, the question remains whether the Member States are able to at least partially reconsider their approach to migration, which could lead to the definition of a new and individual approach to the Syrian refugee crisis that would not leave its solution to the government.