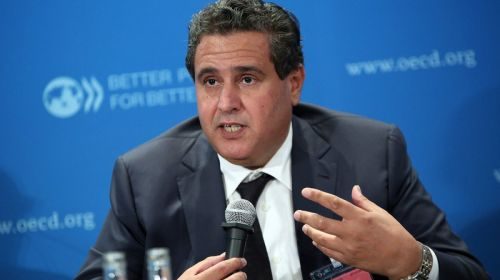 Morocco needs a clear and consistent signal from the European Union regarding the future relations with the country, said recently Morocco’s Minister for Agriculture Aziz Akhanuch, one of the most prominent politicians in the Moroccan government. He warned that Brussels must “clarify its position” and reconcile the conflicting positions and the “disparity“ regarding his country across the EU institutions. Mr. Akhanuch said that Morocco needed a “political signal” that “recognized the role of Morocco” and the “extraordinary effort” it is making on its southern border.

Although the minister did not mention specific cases, he said that “some Moroccan boats have suffered disruptions in European ports”, which only strengthens the activities of “our adversaries and enemies”, in a tacit reference to the Polisario Front, a Sahrawi rebel national liberation movement aiming to end Moroccan presence in the Western Sahara. In mid-January this year, the ship Key Bay, which stopped in the Canary Islands to refuel, carrying a cargo of fish oil from the Sahara region, was inspected by the Spanish Civil Guard following a complaint by the United Left party, which said that the cargo from the Sahara was illegal.

“We do not want to spend the rest of our mandate going to the courts in cities all around the EU,” Ajanuch said and added that “we want to work, for our farmers not to live in uncertainty, not knowing what will happen from one day to the next when their agricultural and fisheries products reach the EU’s borders. Mr. Ajanuch was in turn referring to the agricultural deal between both sides, which was quashed in December 2015 by a European court for having included the Western Sahara – the decision, which was partly overturned a year later. He also warned of the “serious consequences” that will arise from “obstacles” the EU puts in the way of the agricultural agreement.

Morocco also issued a strong-worded statement warning that any attempt to sabotage the Morocco-EU farm deal would have negative repercussions. “Acts aiming at blocking access of some Moroccan products to the European market should be sanctioned and treated firmly by our European partners,” the statement released on 5 February read and especially stressed that “any impediment to the implementation of this agreement threatens thousands of jobs on both sides and constitutes a real risk for the resumption of migratory flows”.

And it is precisely this link between the EU-Morocco agricultural deal and the highly controversial issue of illegal migration that may prompt Brussels take Rabat’s warning seriously. Thus, with Mr. Ajanuch’s question “How will the Europeans block migration from Africa via Morocco if they refuse to work with us?”, he was clearly referring to the potentially negative consequences of an EU’s boycott of Moroccan agricultural and fisheries products for EU’s migration management. While most migrants from sub-Saharan African heading north to Europe have been travelling through war-torn Libya, scores of others have managed in recent years to enter Spain through Ceuta and Melilla, two Spanish enclaves located on Morocco’s Mediterranean coast.