EU Citizens as “Bargaining Chips“: Theresa May Must Guarantee Freedom of Movement 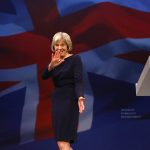 The UK must respect free movement of people until the country leaves the EU, a majority of MEPs concluded yesterday in a plenary debate with the EU Commission. The executive must ensure that the EU nationals’ right of the free movement is respected. Many MEPs also stressed that EU citizens should not be used as ”bargaining chips” in the Brexit talks and emphasized that the 3.1 million EU nationals currently staying in the UK were living in a state of uncertainty following the June 2016 referendum. They also pointed out the plight of UK citizens living in other EU Member States.
”Free movement is one of the EU’s basic rights”, said EU Commissioner Vera Jourova, making it clear that as long as the UK is a Member State, all EU rights and obligations must continue to apply. She stressed that EU citizens deserve certainty and fairness and reminded both her colleagues in the Parliament and the UK that there will be ”no negotiation (with the UK authorities) before notification” of the country’s intention to leave the EU.
At the end of February, British Prime Minister Theresa May was looking into ending the free movement of EU citizens at the same time as she triggers Article 50. The British government has set itself a deadline of 31 March to start the Brexit, meaning EU migrants would have just another month to travel freely to the UK. However, the House of Lords yesterday (1 March) voted by 358 to 256 to insert a clause in the Article 50 Bill to guarantee the same full rights to EU citizens to live and work in the country after Brexit. Thus, after a humiliating, though rather symbolic, defeat in the House of Lords, Mrs. May will be obliged to guarantee that 3 million EU nationals can stay in Britain.