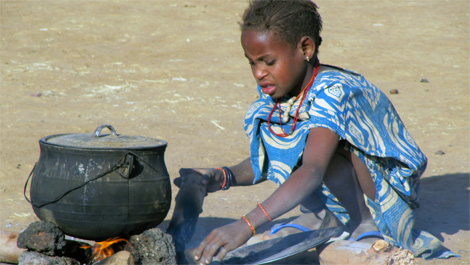 There has been a mounting criticism from several NGOs of a new website ‘French Aid to Mali’ – launched by the French government – that officially aims to improve the transparency of development aid money given to Mali. This website lists the progress and a number of projects conducted in the country using foreign money. It also allows visitors to report by e-mail or SMS anonymously any abnormality in the development of projects.
As Pascal Canfin, French Deputy-Minister for Development, explained at the website’s launch, “This website provides concrete information on the projects and achievements of the French development policy in Mali. This site is a promise made to the people of Mali but also to the French people and the French who often do not know where development aid goes.” However, several NGOs strongly criticized the French government for not applying the international standard for aid transparency that already exists in many other donor countries. Campaigners also argued that the website only features projects that were over €100,000, leaving smaller donations more exposed to embezzlement.
Some sources have also questioned if the French website is part of the French government’s certain political agenda, rather than a real contribution to aid transparency. One government insider suggested that “it is clear that the launch of this site on the eve of the visit of President François Hollande to Mali for the inauguration of the new president, Ibrahim Boubacar Keita, is not a coincidence.”
The International Aid Transparency Initiative (IATI) standard provides a common format for publishing aid data. The format is based on open data, and so far 37 international donors have pledged to publish data in this format. The donors represent over 75% of global aid, according to ONE. France has already pledged several times to adopt the international standard while at the G8 rich countries conference in Northern Ireland last June all G8 members agreed on the adoption of a common standard for aid transparency by 2015.