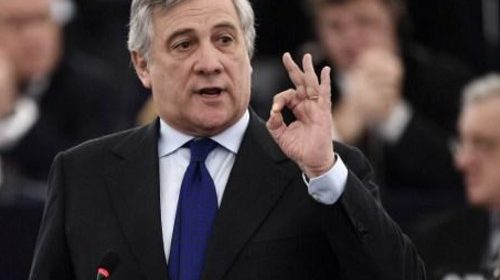 “Unacceptable” – President of the European Parliament Antonio Tajani was clear this week when he condemned Turkey for accusing Germany and the Netherlands of Nazi methods in response to the ban on campaigning by Turkish ministers in their countries in favor of a referendum to give the president additional powers. “It is unacceptable that the President of Turkey referred to Nazism in relation to a democratic country. Germany fully guarantees all fundamental freedoms and with these comments, Erdogan offends all Europeans,” Mr. Tajani commented.

Even though the EU and Turkey cooperate on a broad range of issues including migration, foreign affairs and trade, their mutual relations have become strained in the past year. Turkey has been an EU membership candidate since 1999 but the European Parliament last year adopted a resolution calling for the talks to be temporarily suspended in response to the ongoing repression in Turkey – “Turkey is not showing this political will as the government’s actions are further diverting Turkey from its European path.”

This month, Guy Verhofstadt, the Belgian leader of the Alde group, accused Ankara of cynicism for advocating “freedom of speech”, while journalists are imprisoned in Turkey. “Let’s freeze the negotiations on Turkey’s accession now, this is the only thing we can do now,” he further said. The EU is particularly worried about the deteriorating human rights situation following a fact-finding mission to Turkey by the EU’s Foreign Affairs Committee. Elmar Brok, who was chair at the time, said developments have driven Turkey farther away from the EU. MEPs have also debated the situation in Turkey in plenary on several locations.

The EU and Turkey have very tight trade and economic relations. The bloc is by far Turkey’s largest export market (44.5%), while Turkey is the EU’s fourth largest export market (4.4%). Both sides also intensively cooperate on migration and their last year deal successfully stopped the influx of migrants reaching Europe illegally.