Controversy of Controversies: Vote on EU’s Asylum System Due in June 2018 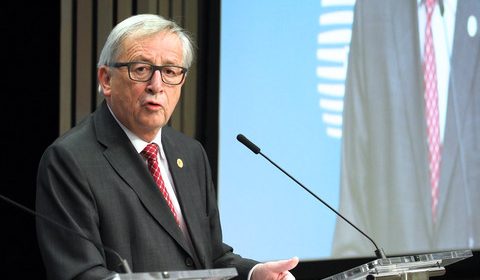 Although EU Commission President Jean-Claude Juncker was heard saying that he is not a big fan of a qualified majority decision-making, the EU member states are very likely to vote next June on a deeply disputed measure to impose mandatory asylum-seeker quotas on member states. The prospect of assigning a set number of how many asylum seekers each EU member state must take has underpinned sharp controversies among EU states. Most notably, the so-called “Merciless Four” – the four Visegrad countries, the Czech and Slovak Republics, Poland and Hungary – are firmly against the proposal.

European Council President Donald Tusk, said that some member states are prepared to use the vote in case a consensus is unattainable but he believes that a compromise can still be possible “but we have to try very hard”. Mr. Tusk described relocation as an insufficient response to migration, which has become a disproportionate political challenge. “This is the most time consuming issue or dimension when it comes to migration debate,” Mr. Tusk said. Yet, any step in the majority vote direction is anathema among European leaders who continue to struggle with defining and materializing the concept of solidarity.

EU leaders are hoping for a consensus, which would be the ideal scenario following the fiasco over a two-year program designed to relocate asylum seekers from Italy and Greece across the bloc. The controversial 2015 scheme that ended this past September had been a source of many internal disputes and legal battles between the EU institutions and the Czech Republic, Hungary and Poland. A similar quota program is now part of a broader asylum reform proposal to relocate refugees in need of international protection to EU states on a more permanent long-term basis. EU leaders are meant to reach a decision on this reform, also known as the Dublin regulation, by mid-2018.