Warning to ‘Ignorant’ Trump: EU’s Collapse Will Lead to Wars in Balkans 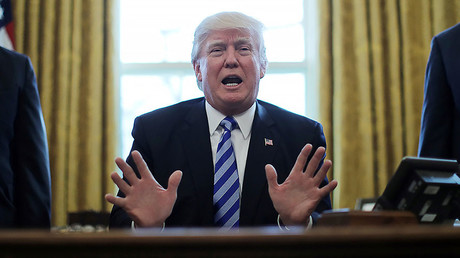 Commission President Jean-Claude Juncker warned US Vice President Mike Spence that the Western Balkans could see another war if the EU were to collapse – recalling Donald Trump encouraging member states to leave the bloc following Brexit. Mike Spence visited Brussels at the end of February but the details of the meeting with EU leaders were only published last week. “I told the vice-president, ‘Do not say that. Do not invite others to leave, because if the European Union collapses, you will have a new war in the Western Balkans,” Mr Juncker said. The President of the European Commission said that it was important to give countries in the region the prospect of EU membership if we do not want to have war again.

The Yugoslav Wars were a series of ethnically based conflicts and insurgencies that lasted between 1991 and 2001 inside the territory of the former Yugoslavia. They are often described as Europe’s bloodiest conflict since the end of World War II and they became notorious for multiple war crimes and atrocities including ethnic cleansing, crimes against humanity and rape. The wars were also humiliating for the EU as they were ended mostly thanks to the US intervention, albeit controversial one.

The situation in the Western Balkans is raising concerns again due to “external influences” fueling divisions in the region after recent moves by Russia and its Balkan allies to block closer ties with the West. As Montenegro is readying to become a NATO member later this year, Moscow has called the move a “provocation” and a threat to its own security. Mr. Juncker is planning to visit Washington next month but he is uncertain whether he will meet Donald Trump. He commented regarding the US interest in the Western Balkans that “they’re trying to fix it, but [President Trump] has other priorities. By the way, he does not understand anything about Europe,” while also noting that “[Donald Trump] had Tusk [Donald Tusk, President of the European Council] on the phone and he thought it was me.”