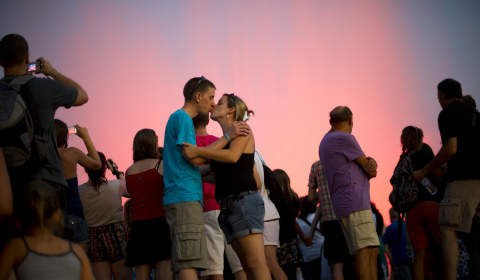 Spain will implement as of this month the changes on the age of consent and the age of marriage as it was decided by the Parliament in 2009 and announced by the current government last April.
The age of consent will thus be raised from 13 to 16 and the age of marriage from 14 to 16, although figures show that teenage marriage is rare in Spain. In 2010, only four boys and 64 girls under 17 got married. The rate of teenage pregnancy is also low but all forms of sexually transmitted diseases are on the rise, as shown by a recent report on sexual health in the country.
The changes will also impact the penalties inflicted on adults convicted with sex intercourse with underage children. Such culprits now face prison terms from two to six years and up to 12 years if found guilty of having performed oral or penetrative sex.
Teenagers of similar age having consensual sexual intercourse are not considered as offenders.
The decision to raise consent and marriage minimum age was made to fight child abuse in Spain where the ages of consent to have sex or marry are among the lowest in Europe and in the world.
The decision, also made out of health concerns, is part of a broad reform plan meant to shield children against abuse and exploitation. The government will earmark a 5.2 billion euros budget ($6.7 billion) to the plan over the coming four years.
sex education was on the syllabi of the last year of primary school when pupils are about 11 year old but the new education law proposed by Spain’s current rightist government provides for removing the courses from the curriculum.