Poland Undeterred by ‘Nuclear Option’: Dialogue with the EU Hoped to Solve the Dispute 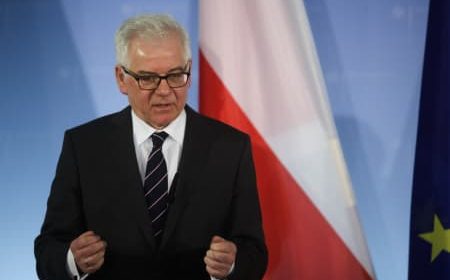 Warsaw relies on a “dialogue” with the EU to solve its dispute with Brussels over its controversial reforms denounced by EU institutions as violating the role of law, Poland’s new Foreign Minister Jacek Czaputowicz said. The EU Commission last month triggered unprecedented disciplinary action over its highly controversial judicial reforms, which the EU says put Polish courts under the control of the right-wing government and jeopardize democracy. In response, the Polish government insists that these reforms are necessary to revamp the country’s judiciary system, which is still haunted by the Communist era.

“We will rely on dialogue for solving this issue,” Mr. Czaputowicz said in Sofia during his first official visit abroad since his appointment. “I would like to underline that we expect the intervention of the European Court (of Justice), which is the institution that, according to EU law, is responsible for such issues,” he added. Mr. Czaputowicz’s trip to Bulgaria, the new holder of the bloc’s half-a-year presidency, comes following major government changes in a move that Poland is hoping to change the tone of its talks with the EU. Interestingly, Bulgaria supports Poland in its row with the Commission given its own domestic struggle with the judiciary and organized crime.

To put pressure on Warsaw, the EU has resorted to the unprecedented measure, never-used before with any member state, by triggering the Article 7 proceedings that can lead to the eventual suspension of Poland’s voting rights within the bloc – the so-called “nuclear option”. This is, however, not likely to happen since Budapest has voted to veto the measure. Instead, Brussels gave Warsaw three months to remedy the situation.