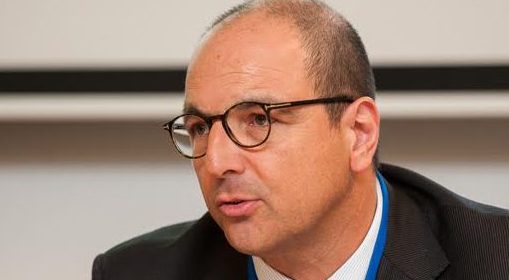 Mr. Colin Scicluna is currently Head of Cabinet in the team of Dubravka Šuica, the Vice-President (Democracy & Demography) of the European Commission. A senior Maltese diplomat, he was Director and Deputy Managing Director of Middle East & North Africa at European External Action Service (EEAS) from 2016-2019. Mr. Scicluna spoke with EUBulletin on the sidelines of the Brussels Summer School for Young Leaders program that was held at the Institut d’Études Européennes – Université libre de Bruxelles in Brussels in June 2019.

EUBulletin: The countries that compose the MENA region are diverse in terms of their natural resource endowments, economic structure, investment in human capital, role of women in the economy, role of the state in the economy and so on. So do you think there is a particular economic model that the MENA countries should follow to ensure that millions of the region’s young people can find the good jobs a prosperous future they deserve?

C.Scicluna: I don’t think there is a particular economic model that we were planning to transpose or to present as being the only way to do it. But what we do certainly promote a great deal is more regional integration. This is the part of the world that has the lowest level of regional integration, especially the Mahgreb. So we encourage a great deal the fact that they need to do more together. It’s not only about what they can do with us but what they do among themselves as well. It’s very important that trade barriers are taken down – I mean there are a number of countries that have political issues among themselves, so it would be difficult to imagine Morocco and Algeria working together when they have closed borders for over 20 years. But there are also other countries, like Jordan and Egypt, which have no difficulties among each other, but they still have relatively low levels of trade among themselves.

EUBulletin: So the number one priority for the EU is promoting regional integration in the MENA?

EUBulletin: To that end, what prospects do you see for the Arab Maghreb Union?

C.Scicluna: It can have a future but it’s up to the regional countries to decide to realize the potential that is there. And to do that, they have to overcome their political differences. There is a big problem that Libya is in a state of conflict, and then you have the problem between Morocco and Algeria, which has been going on for so long. If they could, and I am not even saying solve their problems, but overcome them, and find the ways to interact together, then all of them will benefit hugely from this kind of interaction.
After all, for example, when Tunisia was hit by the terrorist attacks a few years ago and European tourists stopped going to this country in large numbers, it was thanks to the Algerian tourists that Tunisia managed to keep its tourism industry afloat. At least they helped to keep the hotels open for another year. Now that is not even an example of trade integration but it shows how working with neighboring countries can really bring benefits.

EUBulletin: What are the tools in the EU’s ‘toolbox’ or any kind of leverage the EU employs to enhance these goals, to shape the Maghreb countries in this direction?

C.Scicluna: I think the leverage, if anything, is that many of these countries want to deepen their relations with the EU, they want to show that they are working with this organization, which they believe – or at least they tell us – brings a certain legitimacy and respectability. Now I am not sure if that translates into leverage, but what we try to do is that we use our cooperation funds, which we nowadays look at more as investment rather than assistance. We are engaging these EU funds in projects and the dividend is not that we will get money out of it but we want to get freedom, prosperity and stability for our partners and stability ultimately is something that is important for Europe as well.

EUBulletin: There are a few initiatives that aim to foster EU-MENA cooperation in the energy field, such as the project to connect the power grids between Italy and Tunisia via a 192 km undersea cable. Is this focus on interconnectivity part of EU’s effort to share its prosperity with the MENA region in general and North Africa in particular?

C.Scicluna: First of all, I think there is a lot of potential. It has always been the EU’s objective to have more interconnectivity certainly within Europe but now that Europe is pretty well interconnected – and not just with energy but also with transport and other networks – now the idea is to extend that also to the neighborhood in a way that can bring prosperity. This is because the idea behind interconnectivity is that prosperity can also be shared over a broader region. So I think the potential is very big but it obviously depends on the capabilities of the partners to be able to implement their part of the deal. I am not an expert myself but, for example, I have been told that the electric interconnectivity between Italy and Tunisia was originally, when it was first floated 15 or so years ago, that Italy could get energy from Tunisia. Now it’s the other way around, now it’s so that Italy can export energy to Tunisia because Tunisia does not have enough capacity.

EUBulletin: How does Morocco fit into the interconnectivity plans? There has been lots of talk about importing solar energy from Morocco to Europe…

C.Scicluna: Well, Morocco is a different story. At the moment, the idea is first to have the interconnectivity link between Italy and Tunisia and in the longer term it could eventually be linked up to Morocco. But then it depends also on Algeria being connected in between because otherwise it would not simply be feasible. So often it’s about whether the partners concerned can live up to the potential and contribute in a way that makes it useful for all sides.

EUBulletin: Can the Chinese Belt-and-Road initiative run counter to EU interests in the MENA region?

C.Scicluna: I think China is a factor, yes, especially in the energy sector but it’s difficult for me, because I am not an expert in the subject, to see exactly in what areas we can see that this will have an impact. China is certainly not dependent on energy resources in the MENA region; it’s more in the Gulf and Iran. Talking about Iran, here you have the sanctions and China is likely to ignore the US sanctions.

EUBulletin: Looking at the prospects for energy cooperation in this region, one of the key considerations underpinning EU efforts is surely the idea that trade and economic cooperation could help to de-escalate tensions, rebuild trust and promote peace.

C.Scicluna: Well, one area we are particularly interested in now is this potential for energy cooperation in Eastern Mediterranean, which has the potential to include countries like Lebanon, Israel, Turkey, Egypt, Cyprus – so those countries, which have a number of issues among themselves but who hopefully would be able to see beyond these difficulties because there is a potential that could be beneficial to all of them. We are not quite there yet but I think this realization is starting to evolve.
So that’s something that could be extremely positive because through this kind of shared resource you can find the way perhaps to also solve other problems. One clear example is that in order to exploit these resources, Israel and Lebanon are in discussions to have a maritime line of demarcation, which, if they agree on it, this could lead to discussions on a line of demarcation on land. They are still technically at war with each other because there is a territorial dispute, so this cooperation in energy could lead potentially to finding a solution to a conflict.
………………………….
Colin Scicluna is currently Head of Cabinet in the team of Dubravka Šuica, the Vice-President (Democracy & Demography) of the European Commission. He was Director and Deputy Managing Director of Middle East & North Africa at European External Action Service (EEAS) from 2016-2019. Mr. Scicluna was a Member of Cabinet of the Commissioner for the European Neighborhood Policy and Enlargement Negotiations. He is a senior Maltese diplomat who has also served as Member of Cabinet of the High Representative of the European Union for Foreign Affairs and Security Policy/Vice President of the European Commission Catherine Ashton and as the Maltese bilateral ambassador to Vienna.