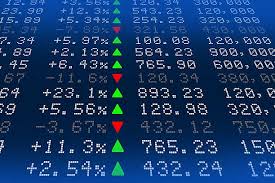 The COVID-19 pandemics has yet to arrive at full strength in developing countries, but poor health care facilities and weak finances point to gloomy times ahead. With their younger populations and suffering from connectivity issues,the majority of the so-called emerging economies may not be as vulnerable to the coronavirus as the more advanced Western countries. But the good news ends there – for most, the pandemic already rivals the 2008 global financial crisis. Though generally having considerably less infected citizens than their more developer peers, the developing countries are already bracing for what is expected to be a deep and prolonged recession as the rapidly spreading coronavirus pandemic forces have brought the global economy to an unprecedented halt.
The emerging economies‘ fragile finances, crumbling health care infrastructure and overdependence on commodities such as oil make them more vulnerable than the current coronavirus hotspots in Europe and North America.”In many respects this is worse than the global financial crisis for the emerging markets,” Nariman Behravesh, chief economist at IHS Markit says, further explaining that it is because “the collapse in commodity prices is bigger, the recession in the developed world is worse and the debt levels in the emerging world have risen largely since the financial crisis because interest rates have been so low.”Developing countries across Africa, Asia and Latin America have been badly hit as their key export markets in Europe and North America have virtually been brought to a grinding halt, local economies have come to a standstill, demand for commodities has collapsed, and their currencies have taken a battering.
Economists at Oxford Economics ranked Nigeria, Egypt, South Africa, Bolivia, Costa Rica, and Peru as the most vulnerable emerging economies based on the state of their health systems, fiscal positions, and reliance on commodities.Foreign investors rushing for safer havens are turning their backs on emerging market bonds and shares. The massive withdrawal of capital has raised the specter of defaults in the most vulnerable economies such as Nigeria, Angola and Argentina. It is not only Egypt’s economy that is, according to experts, somewhat obviously ill-prepared to weather the coronovirus crisis, but even South Africa, Africa’s most industrialized nation, is entering the pandemic in an very weak position with its economy in recession, business confidence at 20-year lows and almost a third of the labor force unemployed. As the pandemic is escalating in the West after the US overtook China in the number of reported cases, “a sense of fear had again descended upon the global equity market amid the continued exponential growth in COVID-19 spread on a global scale,” Jingyi Pan, market strategist at IG Asia, says.