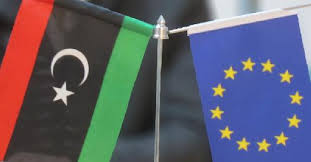 Josep Borrell, the EU’s foreign policy chief, held talks with Libya’s UN recognised government on Tuesday (1 September) to press both sides to renew their efforts to resolve the north African country’s long-running conflict. He met the head of the Tripoli-based Government of National Accord (GNA), Fayez al-Sarraj, whose administration recently declared a truce after months of hostilities with troops loyal to eastern strongman Khalifa Haftar. “Libya remains top priority for EU. We welcome recent ceasefire understanding, and continue to support dialogue and Libyan-led political resolution to conflict,” Borrell said in a tweet after the meeting.
Haftar launched an offensive to seize Tripoli in April 2019, but was pushed back earlier this year by Turkish-backed pro-GNA forces. Fighting has stalled around the central Mediterranean port of Sirte, the gateway to Libya’s eastern oil fields and export terminals. The GNA and Aguila Saleh, speaker of the eastern-based parliament that partly backs Haftar, recently made separate announcements that they would cease all hostilities and hold nationwide elections, a move that was praised by world powers. “EU strongly supports Berlin process, mediation efforts and deescalation measures, including arms embargo – key elements to bring Libyan conflict to an end,” Borrell tweeted.
The ‚Berlin process‘ is centered on a January summit in the German capital where the main countries involved in the Libyan conflict agreed to respect an arms embargo and to stop interfering in Libya’s domestic affairs. The 5+5 Libyan Joint Military Commission consisting of 5 senior military officers chosen by the GNA and 5 senior military officers chosen by Haftar then started meeting in Geneva on 3 February. To that end, Borrell said he had also discussed ways “to advance (the) political process”, revive joint military talks between the two sides and to lift an oil blockade imposed since January by pro-Haftar groups demanding a fair share of hydrocarbon revenues.