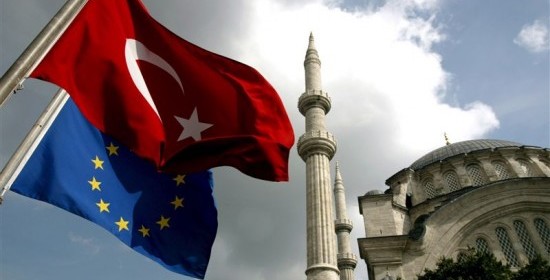 The civil war in Syria which has been going on for almost two years now has caused more than 100,000 deaths, two-million people forced into being refugees, thousands of wounded people and many cities left in destruction. However, the major event which forced the world to take an action against this atrocity was when the Syrian leader Bashar al-Assad was suspected of ordering the use of chemical weapons in Ghouta, on the eastern part of Damascus on August 21, 2003 which killed up to an estimated 1,400 innocent people.
The reaction specifically by the US leader Barack Obama to this incident was harsh. He decided to embark upon a military operation against Syria even when the permanent members of the UN Security Council, Russia and China, still argue that it is not possible to intervene in the country without a UN resolution authorizing the use of military force. The US government argues in return that the use of chemical weapons and the violation of international treaties and conventions concerning human rights in fact legitimize such an intervention and hence Washington will not need an UN approval to intervene in Syria. Still, the US does not have many supporters from within Europe which are ready to support, either militarily or at least diplomatically, a possible operation. After the British Prime Minister David Cameron’s defeat in the House of Commons, France seems to be the only western European country which may act besides the US.
Even though the US seems determined to go ahead with a military operation against Syria, the plan as outlined by the US President Barack Obama’s is that it is not going to be an open-ended one and it will stay limited both in terms of time and scope. This also means on the other hand that the US-led military operation does not aim for a change in the current regime in Syria.
Turkey, meanwhile, has a differing stance from the US. Despite the reluctance from European and Arab states, the Turkish government has loudly proclaimed its support for military action. Since severing ties with the Syrian regime in 2011, the ruling Justice and Development Party, or AKP, has continuously emphasized the need for the Syrian regime to step down in favour of a transitional government tasked with placing the country on a course toward democracy. At the outset of the conflict, Ankara had argued against external intervention, worked to maximize its influence amongst the Syrian opposition and supported the empowerment of the Syrian Muslim Brotherhood. Yet, as the conflict escalated, Ankara changed its tune. It has signalled on numerous occasions that it would support an external military intervention, so long as it was sanctioned by the United Nations Security Council or framed under the controversial international legal precedent of Responsibility to Protect.
Now, the Turkish Prime Minister Recep Tayyip Erdogan (RTE) is even against the ‘limited’ scope of a potential American-led military operation and argues that the military operation led by a ‘volunteer coalition’ should resemble the 78-day NATO-led bombing of Kosovo in 1999 and should aim to force the regime out. On the other hand, it should be mentioned that despite Erdogan’s support for the proposed strike, Turkish public opinion has never been in favour of an intervention. In fact, after forces loyal to Assad shot down a Turkish reconnaissance jet in June 2012, a stray artillery shell killed five Turkish citizens in the border town of Akcakale in October 2012, and two car bombs killed 52 people in Reyhanli, a border town that hosts a number of Syrian rebel fighters, public opinion polls suggest that the Turkish voters are favouring a more isolationist policy.
The same kind of opposition also exists in the political arena as well. In broad terms, the leftist republican CHP and ultranationalist MHP have rejected Erdogan’s embrace of Syrian Islamists and have promoted the Ataturk favoured ‘peace at home, peace abroad’ approach to the conflict. However, Erdogan has repeatedly expressed the idea that Turkey should play a far more active role in the wider region because “a country that ignores massacres happening right by its side and does not act in response to the suffering of innocent people cannot have great ideals or goals.” The fact that the debate has failed to reach any level of consensus allows the AKP to continue to largely implement its policies without much opposition from within the political scene and the public at large.

Lastly, to say that Turkish government is not satisfied with the rather ‘soft’ attitude of the EU regarding the Syrian crisis would be a serious understatement. This was more than obvious when Turkish Prime Minister recently lashed out at the European Union for remaining idle and ignoring the ongoing massacres in Syria saying that a “at this stage what right do you have to speak of democracy, of universal values, of human rights and freedoms?” The Turkish perspective on Syria is quite distinct from those of the EU, US, and the Arab states whom Ankara accuses for not doing enough in the Syrian conflict. Yet, ultimately, Turkey is not powerful enough to enforce its own course in this conflict by itself, but it is also too important to be ignored.