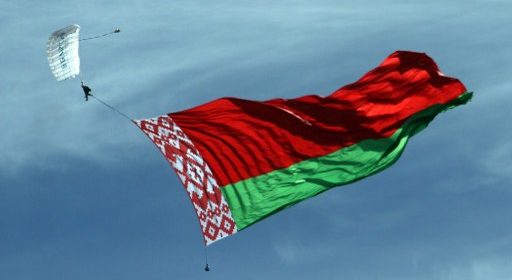 European Union and other Western countries are pressuring the Alexander Lukasenko’s authoritarian regime in Belarus and the military junta in Myanmar over their violent clampdown on pro-democracy protesters, but the move comes as both countries have sought to bolster their ties with Russia.
The EU, in coordination with the US, UK, and Canada, slapped new sanctions on the regime of Belarusian President Alexander Lukashenko in response to the “forced and unlawful landing” of a Ryanair flight that resulted in the arrest of journalist Raman Pratasevich and his girlfriend Sofia Sapega. “We are united in calling for the regime to end its repressive practices against its own people. We are disappointed the regime has opted to walk away from its human rights obligations, adherence to democratic principles, and engagement with the international community,” the allies have said in a joint statement. The EU considers the reaction is necessary “in view of the escalation of serious human rights violations in Belarus and the violent repression of civil society, democratic opposition and journalists.”
The bloc’s new sanctions target 78 Belarusian individuals, including several prominent businessmen and CEOs who are said to have close links to President Lukashenko, together with an array of judges, prosecutors, rectors, lawmakers, propagandists, public directors and even a TV host. Viktor Lukashenko, the president’s 45-year-old son, and his wife Liliya were also penalised. Additionally, eight entities involved in the export of products such as trucks, automobiles, flowers and oil were blacklisted. Some of these businesses are among the country’s largest state-owned companies. Among the persons targeted, seven are believed to be connected to the diversion of the Ryanair flight and Pratasevich’s detention. In total, the EU has so far sanctioned 166 persons and 15 entities. Monday’s announcement represents the fourth package of sanctions.
Meanwhile, the EU and the UK on Monday (21 June) also imposed a third round of sanctions on Myanmar officials and state companies over the military coup on 1 February that overthrew elected leader Aung Suu Kyi and sent the country tumbling into chaos. More than 860 people have been killed by security forces since then, and more than 4,500 jailed, according to an activist group. The junta says the number is much lower. Neither sanctions nor diplomacy nor the increasing violence have had an obvious impact on the junta, which argues that the coup which ended 10 years of tentative democratic reforms will bring a “disciplined democracy.” In total, EU sanctions now apply to 43 individuals and six entities. Britain added three Myanmar entities to its sanctions list on Monday.“By targeting the gems and timber sectors, these measures are aimed at restricting the junta’s ability to profit from Myanmar’s natural resources, while being crafted so as to avoid undue harm to the people of Myanmar,” the EU said in a statement.
But these latest sanctions come as the Myanmar military junta has turned to Russia for support. Junta leader Min Aung Hlaing met with Russian National Security Council chief Nikolai Petrushev on Monday ahead of an international security conference in Moscow this week. The National Security Council said the two sides discussed terrorism, regional security issues and foreign interference in Myanmar’s affairs. The two countries “reaffirmed their desire to further strengthen bilateral cooperation” according to a council statement. Russia is a major arms supplier to Myanmar’s military. The trip to Moscow is Min Aung Hlaing’s second journey abroad since he became Myanmar’s de facto leader.