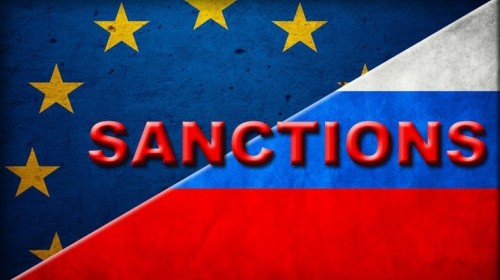 As EU foreign ministers were preparing to meet in Brussels today to discuss imposing further sanctions on Russia, Ukrainian expats protested yesterday (28 January) outside the EU’s headquarters in Brussels. The meeting was called following an upsurge in fighting in east Ukraine after pro-Russian rebels attacked the port of Mariupol at the past weekend. Brussels and Washington have already imposed asset freezes and travel bans on selected Russian individuals and businesses with close ties to the Kremlin as well as Ukrainian separatist leaders. The Ukrainian protesters gathering demanded that the EU ministers should agree on more sanctions against Moscow. At about the same time yesterday, a pro-Russian, anti-war rally was held in front of Kiev city hall. City mayor, Vitaly Klitschko, a former boxing world champion, faced the protestors and asked them not to let themselves be manipulated by hostile propaganda, in tacit reference to Moscow.

The Minsk agreement between Ukraine and the separatists signed in September last year is a ceasefire deal that was designed to prevent a further escalation of the conflict. However, both Kiev and NATO accuse Russia of sending hundreds of Russian tanks and armored vehicles to eastern Ukraine, which is in direct violation of the Minsk agreement. Moscow denies any direct involvement but says some Russian volunteers are fighting alongside the rebels. The EU ministers meeting in Brussels today are due to discuss fresh sanctions, possibly including new financial sanctions on Russia, as well as extending the duration of existing measures.

Stressing that core European values and interests were under attack in Ukraine, Lithuanian Foreign Minister Linas Linkevicius has told the media that “If we see no signs of improvement we should proceed with further sanctions. How many people should be killed in order to realize that lines were crossed many times?” Meanwhile, the new Greek government led by prime minister Alexis Tspiras announced that since it was not consulted on a recent ‘unanimous’ EU attitude on Russia which was in breach of established protocol, it could veto any further sanctions.