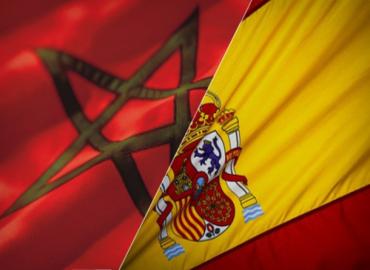 Spain and Morocco have set up last week a police strategic committee part of the two countries’ joint efforts to address illegal migration, terrorism, and trafficking of all kinds, challenges that both Mediterranean countries are facing.
The committee, set up on the sidelines of a first Spanish-Moroccan seminar on security held in Cordoba under the theme “New Challenges, More Cooperation,” will provide a legal framework for the Moroccan and Spanish police to work together to jointly cope with these threats.
The creation of the Strategic Committee was dictated by the two countries’ intensified hunt for Islamic extremist groups and fight against networks of drug smugglers and human traffickers.
Human trafficking has seemingly increased in Morocco after the North African country initiated few weeks ago a new migration policy and announced the regularization of illegal migrants on its territory during the year 2014.
Moroccan and Spanish patrol boats often cooperate to rescue the would be migrants who try to reach the Spanish coast aboard makeshift boats and who often find themselves in a difficult situation in the Strait of Gibraltar.
Also, the two countries cooperate closely in the fight against terrorism at large and against the networks that convey Jihadists to Syria and other combat zones in the Middle East.
The Strategic Committee will set priority actions for the security services of the two countries and elaborate strategies for their bilateral cooperation.
To give more weight to the new committee, the two sides decided to entrust its co-chairmanship to the heads of the Spanish and Moroccan police, Ignacio Cosidó and Bouchaib Rmail, who will coordinate their respective departments’ action, explore new cooperation fields and take any move deemed necessary.
The Strategic committee will hold a regular annual meeting alternately in Spain and Morocco and may hold extraordinary meetings at the request of either party.