Unemployment Discrepancies within the EU 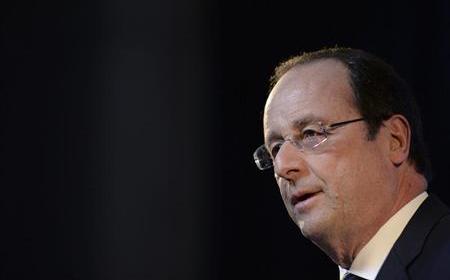 The fiscal and social convergence between the biggest EU economies, Germany and France, has been discouraging. This includes diametrically different paths of unemployment rate, which is decreasing in Germany but increasing in France. One of the major goals of the incumbent French President, François Hollande, is to reduce these “development” gaps between the two. However, the President’s struggle has so far been unsuccessful in 2013 as the French unemployment rate increased by the end of the last year by 0.3 percent. Moreover, people without any labour activity whatsoever reached the record high with about 3 million individuals. Categories of individuals with at least some activity increased as well reaching almost 5 million in France, adding to another 5 million in the overseas territories.
In contrast, Germany is experiencing the lowest unemployment since 1990s, in absolute numbers it is about 6.5 percent. Yet, economists warn that the reported values of unemployment vary just like methodologies of calculation vary. This is especially true for Germany and France since the former includes part-time jobbers as employed although they would like to work more. Moreover, French economists argue that having studying the pattern of unemployment in France, it seems that the country had been experiencing a particular strong increase in long-term unemployment. Therefore, it is unlikely that employment would increase swiftly in the short term and thus very likely that the French opposition will continue to discredit the French government for failure to tackle the problem.
As a result, there have been rumours recently that President Hollande would like to hire a German expert – Peter Hatz – who authored the major labour market reforms in Germany and served as an advisor to former Chancellor Gerhard Schroeder. Hatz’s novelties included for instance limiting dole money for a maximum of one year or encouraging the unemployed to accept any job offer. The French government has denied the rumours that they would be seeking help of German labour economists.