Africa’s Low COVID-19 Figures: Not Coronavirus, But Hunger Will Kill Us 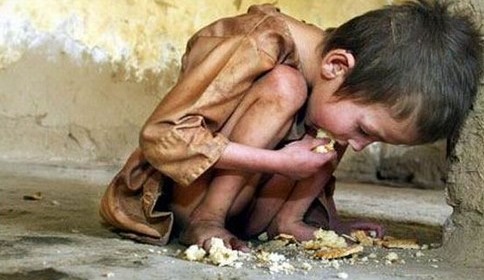 “We will only win this battle with a coordinated global response” the EU Commission President Ursula von der Leyen proclaimed last month as she announced a €15 billion fund to help poor countries, including in Africa, to fight COVID-19. With a great deal of attention and funding focused on Africa, there were fears that much of the continent would be overwhelmed, with many countries beset with weak healthcare systems, corrupt governments, war or mega cities where social distancing would be impossible. Yet, in reality, a couple of week later, most African countries aren’t reporting many cases, which might be in part due to a lack of testing, and even not many deaths.
In a continent of 1.3 billion people — 17% of the world’s population — Africa accounts for less than 1% of the number of infections and the number of deaths. As one Senegalese academic, Felwine Sarr, put it succinctly: “The Europeans are worried about us, but we are worried about them.” To answer to the obvious question ‚why?‘, experts, politicians and journalists suggest many possible explanations, raging from under-reporting; that tests are simply not being done and people aren’t recognising the symptoms; demographics because 60% of people are under the age of 65, or because some countries locked down early and hard.
But, the most plausible explanation may also be that the virus simply has not properly taken hold in Africa yet, as we are still very much in the early stages of this global pandemic. As most of Africa not as well connected with the rest of the world as is the case with Europe or North America, the virus may eventually take hold. Still, this does not mean that the world’s poorest continent is not being hit hard by the coronavirus. A World Bank report estimates that this year, Sub-Saharan Africa will to suffer its first recession in 25 years and the region’s economy could shrink by as much as 5.1%. Ultimately, while we hope Africa will manage to escape the dire „Italian scenario‘ of the coronavirus health crisis, it seems inevitable that, economically, the poorest people will yet again be hit hardest, with devastating consequences.