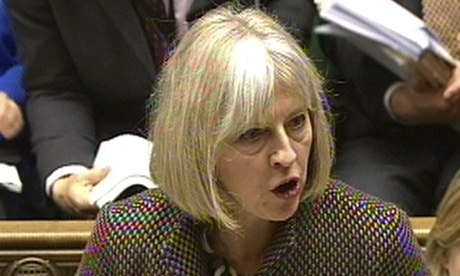 The British government will strip foreign-born terror suspects of British citizenship – a move that would render them stateless – if they are judged to present a threat to national security.
According to a controversial amendment introduced to the immigration bill, foreign criminals will also be banned from using European human rights law to avoid deportation.
The new draft Bill allows foreign criminals to be deported before the outcome of their appeal is known, as long as they do not face “serious irreversible harm” at their home country
It will also cut the number of grounds for appeal against deportation from 17 to four. It compels landlords to check whether tenants are in the UK illegally, with those failing to do so facing large fines. Banks have also been empowered to check immigrants’ legal status before offering accounts.
The new legislation will also make some temporary migrants – such as students – pay a £200-a-year levy towards the cost of NHS services
The UK government decided to act after the Supreme Court ruled last year that a terror suspect accused of targeting British troops had the right to return to Britain from Turkey after being stripped of his British passport, which was awarded in 2000.
The Supreme Court restored UK citizenship to Hilal al-Jedda, who was born in Iraq, on the grounds that he would be stateless without it.