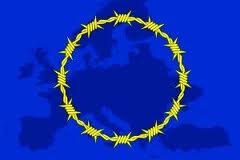 In April 2011, during the Arab Spring revolution, thousands of Tunisians landed on Lampedusa. Italy called for the solidarity of the other European countries which did not come. The Italian Government has therefore decided Tunisians to grant the refugees residence permits that enabled them to travel within the Schengen area and specifically to France where many of them planned to eventually settle down. France fought back, returning trains with the immigrants and introducing controls at its internal borders. At the same time, both France and Italy asked for a revision of the Schengen rules. The ensuing debate was mainly about the conditions of the reintroduction of border controls. The Commission found itself in a delicate position, because the principle of free movement of persons for which it is responsible, naturally clashes with the provisions of border controls. The proposal presented by the Commission contained obvious tensions between the community and intergovernmental approaches of the EU.
The new legislation allows the reintroduction of internal border controls “in exceptional cases that pose a risk to the overall functioning of the area without internal frontiers.” National decision to reintroduce border is taken on the recommendation of the Council, which are in turn made on the recommendation of the Commission. Thus, the Council and the Commission shall initiate the procedure. The Council shall decide on the establishment of the border in case of an imminent risk to the overall functioning of the area without internal borders, not only when a particular EU member country’s national interests are at stake.
Another condition for such a Council recommendation is that the functioning of the Schengen area is threatened by long-term and serious shortcomings in the control of member states’ external borders. Checks at internal borders may be reintroduced under such conditions for up to 6 months. The state must also provide the Commission with all the details about the actions that constitute a serious threat to public policy. The information must be provided to the Council and the Parliament which will be consulted during the decision-making process. The Commission and the other member states can also express their objections and the Commission can decide whether a measure satisfies the requirements of necessity and proportionality.
The final legal framework to manage the Schengen area is very different from the original expectations of France and Italy in 2011 who wanted mainly strengthen the control of the Member States of the Schengen mechanism but the package instead strengthens the role of the European Commission and the European Parliament. This case thus well illustrates the imbalance between the community and the intergovernmental approaches in the EU.  Member States maintained the influence in the field of public policy and the Commission gained greater voice in the evaluation process of the situation for the introduction of internal border controls.
(The study can be uploaded here: http://www.epc.eu/pub_details.php?cat_id=1&pub_id=4011)

As one of the sources for the report of four commissioners focusing on a genuine economic and monetary union, the European Commission adopted a proposal in November 2012 in which it introduced the first-ever instrument for convergence and competitiveness (CCI). CCI is based on the contractual arrangements and serves as the first step to a real strengthening of the economic union and especially the fiscal union. This type of contract between the Commission and the Member States would serve as a commitment to structural reform in exchange for financial assistance. This support aims to increase the level of commitment on the part of a particular state and facilitate the implementation of the reforms contained in the contractual arrangements.
Due to the current priority which is the banking union, discussion about the elements of the fiscal union has been pushed to the background. However, the concept of contractual arrangements remained on the table and the European Council should now seek to fine-tune its features. The main point of discussion in this respect is the scope of the mechanism of solidarity, specifically financial support to be attached to the agreement. This financial instrument by the European Semester should introduce positive incentives instead of some negative incentives. Fiscal transfers should, however, be targeted, limited, and temporary in nature, and strictly subject to the timely implementation of the reforms. They will facilitate the adjustment process in particular countries most affected by macroeconomic imbalances. Overall, the effective contractual arrangements should help to avoid excessive divergence as to the competitiveness of the Member States, and to increase the efficiency of European economic governance.
However, the discussion about the contractual arrangements now turns to the idea that financial assistance in the form of grants (direct transfers) should be replaced by loans. This would weaken not only any incentives for participation in contractual arrangements, but also the solidarity dimension of the concept. The basic principle of solidarity mechanism is to support the country during the corrective phase of the ongoing crisis, but if it fails to connect with adequate funding, any remaining ambitions to create a true fiscal union will be dashed in foreseeable future.
(The study can be uploaded here: http://www.egmontinstitute.be/pub-eur-briefs.html)

For the past decade, the leading Korean and European experts have been examining the development of relations between the European Union and South Korea, with an emphasis on the period since 2011, when the major political agreements and the free trade agreement were sealed. These events not only positively affect the EU and Korea but they also present an example and a bridge to closer cooperation between Europe and Asia.
Officially, the relations between the EU and Korea were established in the 1960s and have long focused only on business and trade. It was only in the last five years that the leaders meet regularly to discuss issues such as security, climate change and human rights. Since 2010, when the free trade agreement came into force, the EU and South Korea became also strategic partners, whose priority was stabilization of the financial markets and the global economic recovery. However, the cooperation becomes more difficult in international organizations, given the different interests and preferences of both actors. South Korea would like to see greater support from the EU in the question of North Korea and would appreciate more pressure exercised by the EU on the issue of human rights.
The approximation of standards and regulations under the free trade agreement between Korea and the EU can serve as an example for the international scene. This new-generation agreement removes non-tariff barriers to trade. The agreement gives Korea a preferential access to one of the world’s largest markets and an advantage in negotiating other free trade agreements. For the EU, South Korea may serve as a bridge to other Asian countries. Like the EU, Korea’s economy actively focuses on the transition to green energy, since Korean government believes that green energy will provide a new impetus to economic growth. Therefore, Korean government has been investing heavily in research and development of this area since 2008.
Today, Korean democracy faces a challenge in the form of nostalgia persistent after the authoritarian regime. The authoritarian regime in the 1960s and 1980s brought about an enormous economic transformation and economic growth. After the transition to democracy, South Korea was hit by the Asian economic crisis in 1997, which caused enormous socio-economic problems in the country, including pauperization of many members of the middle class. The democratic regime was unable to cope with the recession, which led to the disappointment of South Koreans and nostalgia for the previous more authoritarian governments.
(The study can be uploaded here: http://www.fride.org/publication/1158/a-new-context-for-eu-korean-relations)