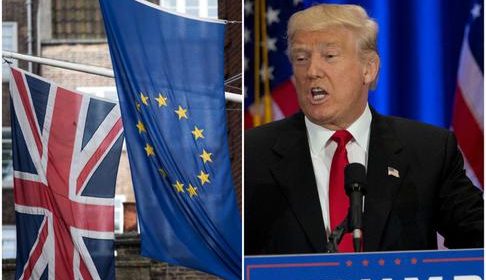 EUBULLETIN: In an effort to deal with the economic and financial crisis in the Eurozone, almost two years ago, the European Central Bank (ECB) launched ‘quantitative easing’ program, also known as QE. How successful has the QE, in your view, been in fixing Europe’s woes?

Professor Svejnar: It has helped some and what particularly helped a lot was when Mario Draghi said that the ECB would do everything it could to stabilize the situation and resolve the problems. That calmed the markets at least for the time being. But I think there is still an issue in the sense that Europe’s economic situation has not been resolved – the central bank itself can’t resolve it, so it’s postponing in a way the occurrence of a deeper crisis. But it is the governments that need to do a little bit more on the fiscal front, on the institutional development, investment, so I think that is where we are right now. And also the banking sector needs further restructuring, so those are some of the big issues that are unresolved.

I think it is good to see that the United States has stopped or concluded its own quantitative easing program. The US still has the big issue of how to now get back, reduce the balance sheet of the central bank, whereas the European Central Bank is still in the process of increasing the balance sheet, of increasing the quantitative easing – so, in Europe, we are still only half way through the process.

EUBULLETIN: So, basically, what you are suggesting is that the European Union, but also the United States, have not really been able to fix the structural problems facing their respective economies?

Professor Svejnar: The US has done more than Europe – the US economy has been growing now for almost eight years, unemployment is down and the US is even close to full employment. It should grow faster than it has been growing, so in that sense it is not a major success, but it’s a success nevertheless. Europe, on the other hand, is still facing high unemployment and slow economic growth and it has not really cleansed its banking sector to the point the US has where it would start lending and become an integral part of the economy again.

EUBULLETIN: Reading newspapers in Europe today, one feels the pervasive scepticism about whether the West will be able to face the increasing competition from emerging markets and in particular from China or India. And this fact should perhaps also be seen in the context of the Eurozone crisis. What is your view on this?

Professor Svejnar: What happens with globalization, the total wealth of the world has increased but the benefits have been very unevenly distributed. So, you had the gain of the middle classes in some of the emerging market economies. China in particular has created a strong middle class that is much richer than it used to be, so it is a very good result. Lot’s of people have moved out of poverty but what we see is that the large middle class in the advanced economies, the US and Europe, has not benefited or not benefited much.

And Brexit is a result of this process and the rise of Donald Trump or some of the populist leaders in Europe is also the result of that. And this process is also fuelled by the rise of the very rich who are quite visible – the oligarchs, the billionaires – some of which do it through their capabilities and those are for the most part admired, such as Mark Zuckerberg, but, on the other hand, many also rise with government assistance in a corrupt type of environment and those are rightfully scorned and this creates a backlash as well.