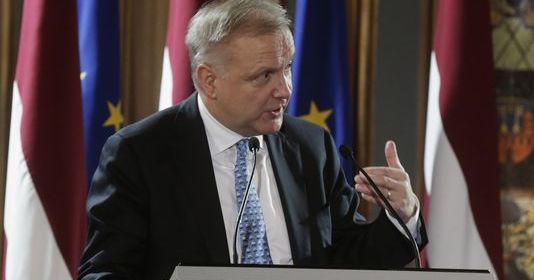 The European Union has lately updated its estimates about the economic recovery and especially the evolution of the growth rate. According to their most recent figures, Europe’s economic healing, which has hitherto been rather fragile and brittle, seems to be gaining ground. The new positive forecasts are reportedly results of continuous reform efforts among EU member states.
The 18-country currency block is newly estimated to grow at 1.2 percent this year and 1.8 percent next year, which is a rise from 1.1 and 1.7 percent respectively. The entire EU consisting of the 18 eurozone countries and 10 non-eurozone economies should advance at 1.5 percent this year and 2 percent in 2015, which is an upward revision by 0.1 percent. EU Economic Affairs Commissioner Olli Rehn commented that the recovery is getting its momentum throughout Europe as rebalancing of the EU economy had been progressing and competitiveness enhancing. Nonetheless, the worst of the crisis might not be over, Commissioner warned, and the latest positive news are by no means an invitation to become self-satisfied as the betterment is still remains rather modest. In order to sustain the current course of events as well as create more jobs, reforms must go on.
Among EU members, Germany – Europe’s number one economy – should log the growth rate of 1.8 percent this year and 2 percent a year later. This is an improvement compared to the previous November forecasts. Skirmishing France will also grow slightly more with the predicted grow of 1 percent in 2014 and about 1.7 percent in 2015. Meanwhile, Europe’s debt-battered economies – Greece and Spain – are also supposed to expand. Greece is expected to grow at 0.6 percent this year thus escaping its six-year recession. In 2015, the country should attain even 2.7 percent growth rate. Spain is also believed to expand with by 1 percent this year and by 1.7 percent next year.
The currency block ran away from its record 18-month recession only in the second quarter of last year but further growth is dependent upon its members’ piecemeal commitment to economic reforms and healthy fiscal policy.