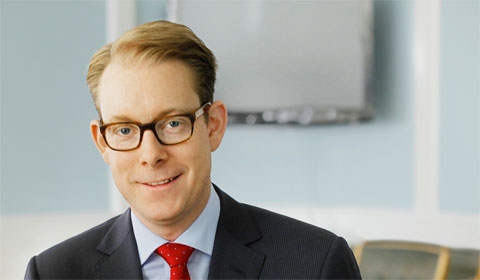 Tobias Billstroem, the Swedish minister for migration, has recently urged the European Union to assume greater responsibility for the fate of refugees that enter the EU28. He also pushed for acting against those EU members that do not comply with Brussels’ rules on treating refugees. Cecilia Malmstroem, the EU Commissioner for home affairs, is currently examining the cases of violation of the EU law with regard to migrants and refugees in 12 EU member states. She is threatening to sue the offenders unless there is some improvement.
Currently, about 90 percent of all refugees seeking asylum are handled by only nine EU members with Sweden and Germany being the leaders. More than 50,000 out of 80,000 Syrian refugees are being dealt with by these two countries, which the Swedish minister described as “tiring”. The EU Commission reports that about 20,000 Syrians have crossed the Italian or Greek border in 2013 but only 1,100 of them sought asylum in those countries. Sweden, which is facing an influx of refugees, is also trying to handle the increasing pressure on its social system, in particular housing, child care, and education for asylum seekers. Mr Billstroem said that he did not believe Italy and Greece saying that the financial crisis was preventing them from providing asylums and helping out the migrants in need. He added that one should not forget that Italy is a G20 country.
European leaders have been discussing possibilities for “sharing the burden” of refugees for more than two decades, yet these have not led to any significant results. French President Francois Hollande reminded that the EU’s approach to handling asylum seekers was based on three pillars – fighting human trafficking, strengthening border controls, and acting on countries of origin and transit.