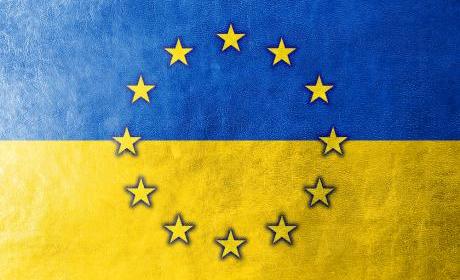 The Ukrainian crisis combined with the failure of American foreign policy exerts a significant pressure on the European Union to define – or perhaps redefine – its relationship with Ukraine. Before ex-President Yanukovych failed to sign the association agreement with the EU in November last year, Ukraine had not seemed to mean anything more than another close-to-EU country with which the Brussels likes to sign various kinds of partnership deals. The situation changed with the “grand enlargement” in 2004 when the EU accepted many of the former communist economies. Ukraine became a new country sharing the external Schengen border, and the newly accepted Slavonic part of the EU pushed for the Eastern version of (or an addition to) the European Neighbourhood Policy. The so-called “Eastern Partnership” being an attempt to govern the relationship with the post-Soviet world concentrated a lot of its attention on Ukraine.
Yet, already during the halcyon days of the Eastern partnership, during the times of the Czech and Polish EU presidencies, the policy was roughly toothless. First, the EU already back then faced conceptual problems of defining what it was it wanted to achieve in Ukraine, and eventually in Moldova and Belarus. There was also a limited awareness about what was at stake while vague concepts, such as “shared values”, “joint ownership” or “collective norms”, did not really provide any tangible contents – all this actually remains a problem until today. Second, the form of a “partnership” is itself too loose for EU standards as the EU leadership seems to prefer a “top-down” approach with respect to its neighbours. It took a relatively long time for Brussels to make up its mind about what EU’s relationship with Russia’s backyard could be, and now developments in Ukraine are pushing it to finally find the answer to this question.
Had Viktor Yanukovych signed the agreement in November, perhaps Ukraine would have become just another country with a friendship contract and no major breakthrough in the EU-Ukraine mutual ties would be taking place. Yet, the November decision set in motion developments of such magnitude and complexity, which do not warrant any prediction as to what their ultimate outcome could be. Among the business of sanctions for Moscow’s remake of “Crime and Punishment”, German Chancellor Merkel feels that the EU-Ukraine relationship must be clear now. Having had support of Poland’s Prime Minister Donald Tusk, she stipulated in mid-March that the possibility of the EU membership for Ukraine should be pronounced explicitly. Not surprisingly, a number of other EU members led by France’s Francois Hollande warned not to give Kiev false promises saying that “that was out of question even conditionally”. Is Ukraine in fact ready for such a challenge? Absolutely or at least conditionally?
Let’s recapitulate. When the Czech Republic, Slovakia, Hungary, and Poland joined the European club in 2004, they had GDP per capita of $11,156, $10,417, $10,084 and $6,620 respectively. The Ukraine of today had $3,866 at the end of 2012. Even Bulgaria, likely among the poorest economies to have ever joined the EU, had GDP of $5,500 at the time of its accession in 2007. Naturally, GDP per capita is not the only and likely also not the most important economic indicator that is considered by Brussels. Yet, Ukraine does not seem to fulfil even other important factors.
First, all of the above-mentioned post-communist EU members had gone through extensive reforms before they joined the transition. Obviously, the EU membership had subsequently helped them kick off economic growth but the reforms had been there already. The Ukrainian leadership absolutely failed to deliver any reforms whatsoever. If speaking of the economy or politics, Ukraine finds itself in a truly desolate condition. Past twenty years were marked by catastrophic economic mismanagement and the country was ranked 144 out of 177 countries on the 2013 Corruption Perception Index of the Transparency International. Many African countries – namely Mali, Namibia, Zambia, Mozambique, Mauritania, Gabon – did better.
Second, Ukraine’s security situation is highly questionable now. In 1996, Samuel Huntington wrote in his famous “Clash of Civilizations” that there would be no end to history, but conflicts would endure along the lines where “civilizations meet”. He called Ukraine a “torn country” and said that the line between the Catholic West and Orthodox East, between the Ukrainian West and the Russian East, would burn one day. Here we are, almost 20 years later, Kiev, a city situated almost precisely on that line, is literally on fire. When the EU membership of Turkey was discussed, many pointed out that Turkey was not a safe country. “If Turkey was in the EU, the EU would border many conflict zones in the Arab world”, they said. Many asked whether Turkey was a safe country. Now the question is: is Ukraine stabile enough for the EU?
Whatever the answer to this question, Ukraine is not yet ready to join the rich European club. Brussels should not be the one who drags the country towards the membership, but instead Ukraine itself should show commitment and interest in joining the EU eventually and uniformly. Indeed, the EU’s role in these crucial times is to support and help Ukraine because trouble is already there. Yet, offering Ukraine the EU membership could now easily be “one step too far”, as French President Hollande aptly put it.