The Future of European Energy Security after the Ukraine Crisis 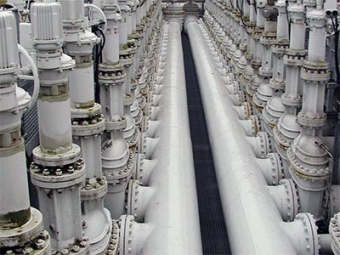 EUBULLETIN has recently talked to Dr Frank Umbach – a leading expert on EU energy policy as well as energy, foreign and security policies in Russia, the Caspian region, Asia-Pacific – mainly about short-term and long-term common interests between EU and Russia, the (un)viability of South Stream pipeline project and the role corruption and vested interests in some EU states may play in signing gas deals with Russia. Dr Umbach is well-placed to share his expertise on the dramatic developments in Ukraine as he has also been, since 2010, a member of the new Ukraine 2020 Task Force – an initiative of the US-Ukraine Foundation in Washington and the Pylyp Orlyk Institute for Democracy in Kiev to support Ukraine’s European integration.

EUBULLETIN: You have said before that the EU and NATO on the one hand and Russia on the other can find a common ground but these are always based on short term interests, while in the long run they always compete. Is it really still the case particularly after the Ukraine crisis?
F.Umbach: Yes, in the long run, the EU and Russia always compete but sometimes they compete even in short term – this is what we have seen in Ukraine. First of all, we have always seen competing interests in the NATO-Russia relationship but not so much in the EU and Russia. But, meanwhile, in the EU-Russia relations, in regards to its Eastern Partnership program, but as well as in the energy policy, their competing interests are increasing. There are lots of troubling issues – for example, when we look at the South Stream pipeline, the Commission stated recently that some 7 or 8 bilateral contracts between Gazprom and 7 EU Member States need to be renegotiated from the scratch. So even in this area you see that the competing interests are increasing and partially it is also due to global developments, such as the US shale gas revolution that has an impact on the EU gas market.
EUBULLETIN: Can you be more specific?
F.Umbach: If you take the stagnating gas demand in Europe, Russia has previously seen Europe as the most important market but this is no longer so much the case. So Russia had to decrease its own forecast as to the volumes that its oil and gas companies could export to the European market and it is also facing tremendous number of other competing producers, including sometimes even in Europe itself. You have shale gas issues, like in Poland, Baltic states and Romania, as they are now seeking to develop gas that could compete with Russian supplies, and we have also off-shore oil and gas resources off the Romanian and Bulgarian coast in the Black Sea, you have the East Mediterranean gas. All these new supply options were not available back in 2009 when we were faced with the latest Russian gas crisis and when we still had the feeling that there were hardly any alternative solutions for Europe. The times have changed.
EUBULLETIN: Do you think that different EU member states can find a common ground and common strategic perspective on how to deal with Russia?
F.Umbach: There is a lot of disagreement but on the other hand if you look back at the last five or six years, I think there is a constant progress. I also think that this has something to do with the common energy policy that has also progressed. You have common infrastructure projects which demand common policies. Though, on the one hand, it is frustrating, even for Brussels, that we have not had that kind of solidarity that should be there, but on the other hand, despite the slow progress, some progress can be identified. So, it is going in the right direction, I think, despite all the problems that we still have.
EUBULLETIN: What about the gap in perceptions particularly between the former communist countries in Central and Eastern Europe – that are, also because of their own historical experience, very much worried about Russia – and the so-called old EU member states?
F.Umbach: Well, this may also have something to do with the fact that some of the governments in Central and particularly South-Eastern Europe are corrupt and there is huge corruption also coming from Russia. The effects of corruption should not be underestimated and you have also vested interests where some political forces may have made some secrete deals with Russia. This makes a perfect sense for their own groups but it does not make so much sense in terms of their countries national interests. That is also the reason why, when the EU became a liberalized common market, that it demands transparency.
The Commission demands from all Member States, including also the Energy Community members, full transparency of gas contracts which is still lacking so far. The Member States have also promised to make them transparent, they have not always done it immediately, but the pressure is growing. That is also the reason why all those countries signing gas contracts with Russia should be aware that while they follow their interests, they also have to respect the EU law. But the EU Commission is now saying that in some cases these countries have breached the EU law and thus these gas deals must be renegotiated from scratch.
EUBULLETIN: What about the South Stream project and its long-term viability?
F.Umbach: We could take the South Stream pipeline as an good example because even though it is the most costly supply option countries can choose today and although they were getting some discount prices, they may soon be experiencing similar situation like Ukraine which was getting discount prices but today it pays one of the highest gas prices despite having a common border with Russia. At the same time, through the reverse flows through Poland and Hungary, Ukraine imports for the first time European gas – which is very often actually the Russian gas that takes a long way to reach Ukraine when it has to get through all these European countries – but it is still cheaper than the gas Kiev can get from its neighbor Russia. This is really ridiculous from the market point of view.