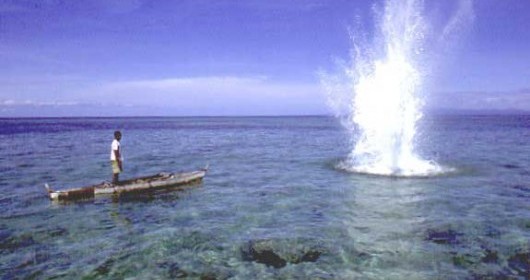 The European Union has recently given Taiwan and the Comoros six months to strengthen their legal environment against illegal fishing. If they fail to comply, Brussels warned, they risk being labelled as “uncooperative” in the fight against Illegal, Unreported and Unregulated fishing (IUU), which could result in an import ban in the EU single market. The European Commission also said that it had withdrawn its warning to Papua New Guinea and Ghana after they had significantly improved and reformed the way they do the fishing business.

“Both Ghana and Papua New Guinea have taken ownership of their fisheries reforms and now have robust legal and policy frameworks in place to fight IUU fishing activities,” EU Fisheries Commissioner, Karmenu Vella, explained in a statement. She also called on the authorities of the Comoros and Taiwan to follow the example of Ghana and Papua New Guinea and “join the European Union in promoting legal and sustainable fisheries worldwide”. The Commission criticized Taiwan for “serious shortcomings” in fisheries laws that do not do much to deter illegal fishing and urged the country’s authorities to ensure insufficient monitoring off the long-distance fleet. Brussels also complained about the Comoros’s decision to partially outsource their fleet to an off shore private firm, thus breaching the Comorian law.

The global fishing industry directly or indirectly provides the livelihood of more than 500 million people in developing countries. It is estimated that about 80 percent of the value of exploited marine resources are attributed to the fishing industry. However, Brussels estimates that between 11 and 26 million tons of fish are caught illegally a year, which is about 15 percent or more of the global catch. The illegal fishing is thus worth as much as 10 billion euros a year.