EU “Sues” Russia for its Pork Blockade at the WTO 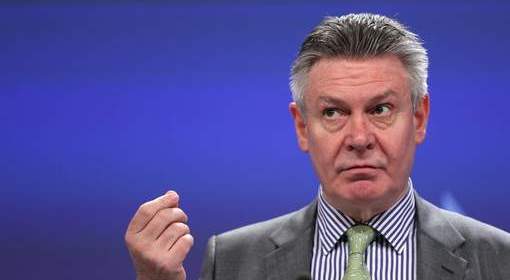 The European Union appealed to the World Trade Organization (WTO) on Monday (April 7) over Russia’s ban on exports of pork from the 28 EU member countries. According to EU Trade Commissioner, Karel de Gucht, Russia’s ban on EU pork is obviously disproportionate and contradicts WTO rules and legislation. He added that Brussels was ready to defend EU pork producers through pursuing the case further at the WTO.
In later January 2014, Moscow imposed a ban on all pork production and imports from the European Union after several cases of African swine fever (ASF) had been diagnosed in wild boar in Lithuania. The disease, although harmless to people, is lethal to pigs and no cure has been discovered yet. In addition to Lithuania, the ASF was also detected in Poland, which Commissioner de Gucht defended saying that “both in Lithuania and Poland, there were only very minor cases of a few infected wild boars at the border with Belarus”. He also stressed that ASF infections had been immediately treated by the relevant EU authorities. Therefore, the EU has encouraged Russia to reopen its pork trade with the EU swiftly.
Russia’s “pork blockade” cut off about a quarter of all pork exports from the EU, which accounted for about 1.4 billion euros last year. The EU pointed out that Moscow had not put a ban on imports from Belarus although ASF cases in Lithuania and Poland were only detected precisely at the border with Belarus. Moreover, more ASF cases have been diagnosed both in Belarus and Ukraine themselves. Russia has banned pork trade with Ukraine only recently while pork trade with Belarus is still unrestricted. The EU also blamed Moscow for its “double-standards” as a number of ASF outbreaks had also been found in Russia itself but the country had not restricted its domestic market in any way.
As a result, Brussels had decided to request formal consultations with Russia using the WTO’s dispute settlement procedures. Such WTO negotiations can last up to 60 days. If no solution is found by then, the WTO will establish a panel to decide whether the ban is indeed illegal given global trade standards.