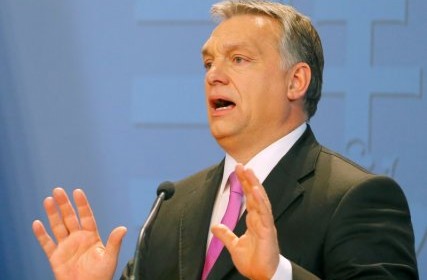 Poland accused the European Commission of making “unjust, biased and politically engaged enunciations” over its controversial new media law trying to control public media channels as Hungary’s Prime Minister Viktor Orban promised Warsaw to veto any EU attempt to sanction Poland. The new law that was enacted last week fired all management at public television and radio stations which is in direct opposition to EU rules on media freedom and which has been criticized by numerous human rights groups and freedom of speech campaigners.

The law has become yet another source of tensions in EU-Polish relations following the election of the ultra-conservative government in Warsaw. In a letter sent by Poland’s Foreign Ministry to Commission Vice-President Frans Timmermans, the Polish government rejected all allegations against the new media law: “Mr President, it seems someone has provided you with misleading information that is biased against the Polish government,” said the letter. It also stated that EU directives had “nothing to do” with the country’s new media law.

The Commission will discuss this week whether the series of the latest controversial laws – including the bill that dramatically reduces the power of the country’s constitutional court as well as the media law – pose a “systematic threat” to Poland’s democracy. If so, such a move could ultimately threaten Poland with EU censure. However, Viktor Orban, who took very similar steps after assuming power in 2010, stressed that “Hungary would never support any sort of sanctions against Poland” and any EU decision to punish Poland would require unanimous support of all EU Member States.

Mr Orban also described the relationship between his national conservative ruling party, Fidesz, and Poland’s ruling, similarly conservative, party, Law and Justice, an “old boy’s club”. Aleksander Stepkowski, Poland’s Foreign Ministry Undersecretary of State, ignored the EU’s plea by saying that “Interventions inspired by unjust, biased and politically engaged enunciations might have an undesirable effect, which is to be carefully avoided.”