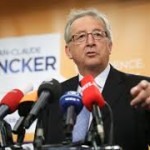 A new plan to solve Europe’s protracted migrant crisis has been announced by European Commission President, Jean-Claude Juncker, earlier today (9 September). Mr Juncker stressed that under the proposal, which will offer a “swift, determined and comprehensive” response to the unprecedented crisis facing the European Union, 120,000 additional asylum seekers will be distributed among EU nations, with binding quotas. The latest plan comes after many thousands of mainly Syrian migrants have set out on their way to northern and western Europe in recent days.The government in Budapest has been warned that Hungary– a key point on a migrant route –should expect an additional 40,000 migrants by the end of next week.

However, Mr Junker’s remark that it was “not a time to take fright” wereheckled by UK anti-EU politician Nigel Farage who dismissed his comments as “worthless”. EU countries have been divided on the issue quotas with some, such as Germany, the main destination for many migrants, supporting the scheme, while some other EU countries opposing a compulsory system.Notably, the countries of Central and Eastern Europe – including the Czech Republic, Hungary, Slovakia, Poland and Romania have opposed the idea of mandatory quotas.

While the Hungarian and Czech governments are still staunchly opposed to the compulsory quota system, Poland, on Tuesday, appeared to soften its position when the country’s Prime Minister,EwaKopacz, announced the country would accept more migrants than the 2,000 it first offered to take. Meanwhile, Germany has welcomed Syrian refugees, with its authorities waiving EU rules and saying it is prepared to deal with as many as 800,000 asylum seekers this year alone, although those not qualifying as refugees will be sent back. In a separate but related development, Australia, which has been under pressure to do more to help displaced people, has announced plans to accept 12,000 more Syrian refugees from persecuted minorities.