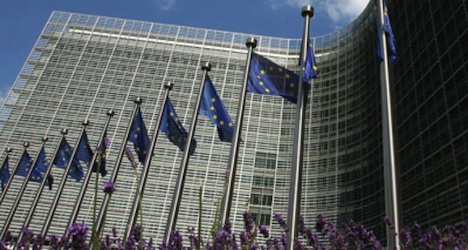 Brussels and Bern are edging towards an agreement over European migration to Switzerland in spite of the fact that the United Kingdom has asked for more time to think about the proposals. EU-Switzerland relations have worsened since the Swiss referendum on 9 February, in which a slim majority of Swiss voters asked for the introduction of immigration quotas for EU nationals, thus jeopardizing a number of deals with the EU. Negotiations trying to resolve the dispute have been taking place since then mostly at expert level.
The most immediate casualty of the ‘Yes’ vote were negotiations on cross-border energy trade and the European Commission announced two days later that the continuation of the talks would have to be considered in the context of the wider bilateral relationship. Also a spokesman for Angela Merkel, Germany’s chancellor, said the Swiss vote “creates considerable problems”, while Laurent Fabius, France’s foreign minister, described the vote as “bad news” for Europe, adding that “We will review our relations with Switzerland.”
Although Great Britain required more time in order to “come up with the best possible proposal”, EU-Swiss negotiations are despite this ongoing. At stake is a mandate of the EU Commission to negotiate an overarching deal between Switzerland and 28 EU countries, which was suspended after the February referendum. As “vengeance” against the Swiss refusal to grant a free access to its labor market for Croatian citizens, who joined the EU in 2013, Brussels has curbed the access of Switzerland to research and educational programs. Therefore, not only the EU’s general mandate is being discussed but also a Swiss promise to honor the rights of EU nationals currently residing and working in the country under a special agreement. The next round of mutual negotiations is expected to start on April 29.