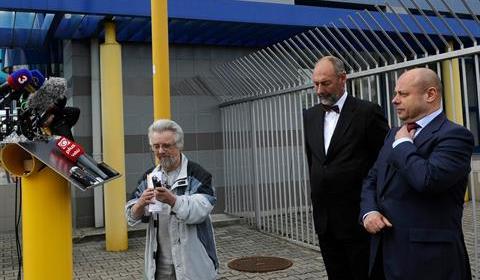 The Slovak economy ministry announced on Saturday (April 26) that the country had reached an agreement with Ukraine over access to European gas supplies. The main goal of the deal is to decrease the energy dependence of Ukraine on Russia. As Slovakia’s economy minister, Tomas Malatinsky, said in his official statement, both Slovakia and Ukraine had closed a deal that will enable Kiev to receive gas shipments. The agreement, which is to be signed today (April 28), will make it possible for European gas suppliers to use the Slovak old pipeline “Vojany” to reverse flow of gas to Ukraine. Kiev has already reached similar deals with Poland and Hungary as part of greater framework of reducing the country’s dependence on Russian gas supplies.
The Vojany pipeline could be launched in October this year with the primary capacity of about 3 billion cubic metres (bcm) annually, which could eventually rise up to 10 bcm in March 2015 according to spokesperson of Eustream, Vahram Chuguryam. Thanks to its closeness, Slovakia is seen as an ideal partner for Ukraine to help eliminate Russian threats of cutting off supplies. The Slovak transit operator, Eustream, is going to make some technical amendments and adjustments to the Vojany pipeline so that it is operational in case a quick launch of reverse gas flows is needed, Slovakia’s minister Malatinsky concluded.
Currently, the reverse natural gas supplies from Poland to Ukraine stand at 4 million cubic meters a day with the yearly flow not to exceed 1.5 billion bcm per year. Malgorzata Polkowska, a spokesperson of the Polish operator of main distribution pipelines, Gaz System, said that gas would be delivered to Ukraine in the second quarter of the year based on the daily requests from Kiev.