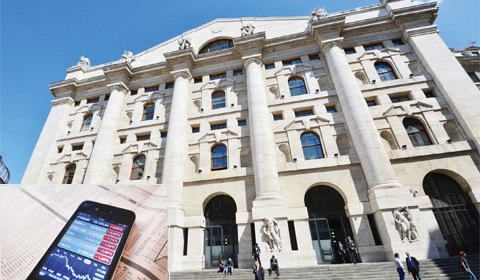 Italy has slipped back into recession when it’s been reported that eurozone’s third largest economy shrank 0.2 percent in the second year, according to the data provided by the country’s national statistics office said Wednesday (6 August). This has put more pressure on Italian Prime Minister Matteo Renzi to fulfil his government’s promises to strictly implement major structural reforms boosting growth – “The negative growth data should not lead us to make the usual automatic excuses,” Renzi appealed to lawmakers to take the reality very seriously and act accordingly. Finance minister Pier Carlo Padoan defended the government’s reform plans when he argued that although “the (GDP) figure is negative, […] there are also positive elements. Industrial production is much better and consumer spending is continuing to increase, albeit slowly.”

Meanwhile, Italian Prime Minister and French President Francois Hollande – both of whom have been struggling to push through structural reforms – have reiterated their calls for greater flexibility in the interpretation of the rules that govern debt and deficits in the eurozone. In a recent interview with Le Monde, the French president called upon Germany and the European Central Bank (ECB) to do more to boost growth. However, he was rebuffed by the EU Commission and other EU member states who stick to their earlier view that before any concessions are made, more structural reform must be undertaken. Germany has clearly indicated that they do not see any reason for a change in EU’s and Germany’s economic policy if only because “Germany is already an important engine, even the most important, for growth in the eurozone.”