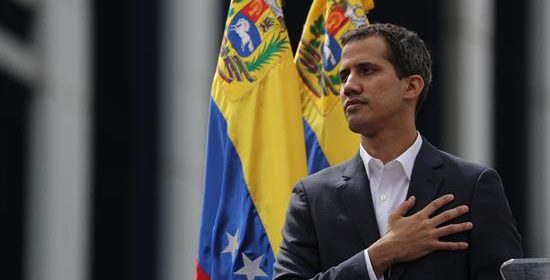 EU foreign policy chief Federica Mogherini said on Wednesday (23 January) that several countries have recognized the legitimacy of the Venezuelan opposition leader and Venezuelan President Juan Guaidó, who declared himself the interim president of Venezuela. In light of the recent political events surrounding Venezuela, the European Union firmly believes that the Venezuelan people’s voice can’t no longer be ignored. Guaidó declared himself the head of the country at Wednesday’s massive anti-government demonstrations after last week, when the parliament did not recognize the legitimacy of the new Maduro’s mandate. These protests have claimed at least 16 victims and many more injured.

“Venezuelan people are calling for democracy and the possibility of freely choosing their destiny,” said Mogherini. “These voices can not be ignored. The EU (therefore) strongly urges the start of an immediate political process leading to free and credible elections in line with the constitutional order,” she said. According to Morgerini, civil rights, freedom and security of all members of the Venezuelan parliament, including its president Juan Guaidó, are of utmost importance and must be fully respected. “Violence and excessive use of force by the security forces are totally unacceptable and will certainly not solve the crisis,” Ms. Mogherini also stressed and added that the EU and its member countries are still ready to “support the restoration of democracy and the rule of law in Venezuela” through a credible political process and in line with the Venezuelan Constitution.

Similarly, President of the European Council, Donald Tusk, also hopes that Europe will unite and support the democratic forces in Venezuela”. “Unlike Venezuelan President Nicolás Maduro, the (Venezuelan) parliamentary assembly, including Juana Guaidó, has a democratic mandate from Venezuelan citizens,” he wrote further on Twitter. Former President Nicolás Maduro, who began his next term of office on 10 January, has described Guaidov’s move as an attempted coup d’état. According to the Defence Minister Vladimir Padrino, the Venezuelan army fully backs this opinion. President Maduro, who has remained in power thanks to the support of the country’s military, is an ally of Russia, which last month sent two nuclear-capable bombers to Venezuela to participate in a military drill.

The legality of Guaidó taking office as a new Venezuelan president has already been recognized by the US, Brazil, Colombia, Paraguay, Peru, Argentina, Chile, Costa Rica, Guatemala, Honduras and Canada. On the other hand, the reaction of the current Venezuelan President Nicolás Maduro was that his government is severing diplomatic relations with the United States. Maduro gave the US diplomats a 72 hours deadline to promptly leave the country. Currently, only Mexico, Bolivia and Cuba are supporting his decision to cut ties with the US and several Russian leaders criticised the decision of the US to recognize the legitimacy of Guaidó as the interim president.