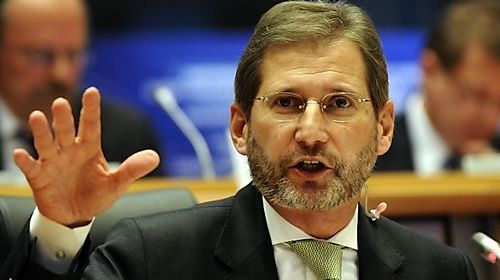 Johannes Hahn, EU Commissioner for Regional Policy, has announced an aid package worth about 47 million euros for Croatia, Slovenia, Kefalonia (Ionian Islans, Greece), and Sardinia (Italy) as proposed by the European Commission. All four countries have recently been hit by a series of natural disasters. Under the proposed package, Italy will be granted 16.3 million euros in response to floods in November 2013, Greece will get 3.7 million euros to tackle the consequences of an earthquake and several aftershocks in the Ionian Islands and Kefalonia between January and March this year. Slovenia and Croatia will get 18.4 million euros and 8.6 million euros respectively as they were hit by ice storms in January and February this year.

The financial aid will be covered by the European Solidarity Fund, whose objective is to provide assistance to EU Member States especially in times when large-scale catastrophes occur. Disasters are considered large-scale if the estimated direct cost of damage exceeds 0.6 percent of gross national product or 3 billion euro. The support is yet to be approved by the European Parliament and the Council. If the approval is granted, the money will be used to cover the emergency costs incurred by the public authorities due to disasters. The aid should in particular focus on the restoration of vital infrastructure and services as well as reimbursement of rescue operations and emergency. A part of the package should also cover the clean-up costs.

In November 2013, Sardinia was hit by severe rainfalls with many rivers bursting their banks which in turn caused landslides. Most of the damage was caused to residential homes, the agricultural sector, and businesses. In January, Greece was affected by an earthquake measuring 5.8 on the Richter scale. Many aftershocks followed and harshly hit the environment and infrastructure. In late January this year, Slovenia and Croatia were in turn hit by extreme ice storms that destroyed almost half of forests and about 25 percent of homes were without power in the former. In Croatia, the most damage was caused in infrastructure and private and public property.