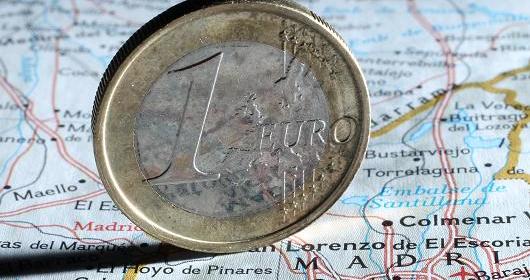 However, China’s approach to development assistance is very different from that of the EU and the Organisation for Economic Cooperation and Development (OECD). The Chinese government is adamant that China should not be seen as a donor and its policy papers usually start with the statement that China is a developing country itself. China does not have an aid implementation agency, and aid projects are usually implemented by commercial enterprises. Unlike the European conception of aid being provided in exchange for political reforms, China’s policy approach has become pragmatic and driven more by national economic interests such as the need to secure its supply of raw materials. The selection of partner countries strongly follows Chinese economic interests, as do its sectoral and project priorities.

The irreconcilable differences in China’s and the EU’s approaches to development seem to undermine any attempts at closer cooperation, even if their strategic partnership has included some engagement on development. Fundamentally, the Chinese approach to development cooperation driven by interests and used to leverage business sits uneasily with the European conception of aid being provided for non-commercial reasons or as a catalyst for reform. Trilateral cooperation has also been unsuccessful, partly due to the African actors’ concerns that such trilateral cooperation will limit their options if large partners work together. Linking specific national and regional level initiatives might be an avenue to explore EU-China engagement. China is also active in the UN peacekeeping mission in Sudan, and cooperates with the EU in this framework.
(The study can be downloaded here: http://fride.org/download/The_ChinaEU_strategic_partnership_on_development.pdf)

The Strength of the Euro: Does It Matter and Is It Really That Strong?
Daniel Gros, Cinzia Alcidi and Alessandro Giovannini (The Centre for European Policy Studies)

When comparing the largest world economies in terms of openness, the euro area emerges strikingly as a very open region. The exchange rate and external demand are very important for the euro area, almost twice as important as for the United States. Soon after the outbreak of the euro debt crisis, a debate started on the exchange rate, with many fearing a long period of a weak euro. Contrary to the expectations, the euro stabilised at a level close to before the crisis. Some commentators and policy makers have even called for interventions by the European Central Bank (ECB) in the foreign exchange market to induce depreciation of the currency. Statements of the ECB itself stress that one of the drivers of the current low inflation is the exchange rate. The natural question to ask is this: how important is the euro’s overvaluation?

First, recent empirical estimates suggest that the current real exchange rate is in line with the equilibrium level and with its long-term average. This would lead to the conclusion that if there is overvaluation, this is unlikely to be substantial. Some fear that the euro is losing its market share compared to the currencies of other major economies. However, Japan has been in a similar situation as the euro area, but its exchange rate depreciated while the euro was appreciating. When considering the performance of the external sector, the focus should not be on the exchange rate but rather on the ability the economy to respond to changes in global demand, which is the variable that explains best export performance.

Another question is what impacts the exchange rate. The traditionally held view is that of a mutual interconnectedness between microeconomic indicators and the exchange rate. However, that is no longer the case for the euro exchange rate after 2007. The feeble link between exchange rate movements and economic fundamentals (found for the pre-2007 period) is even more attenuated after the crisis. The conclusion is that some fundamental economic elements accompany changes in the exchange rate rather than causing them. Current fundamentals play a very small role in determining the exchange rate, while expectations of what the fundamentals will be in the future are more relevant and very useful in explaining its evolution. If this model is correct, however, the euro zone’s economic stability in these uncertain times remains a mystery.
(The study can be downloaded here: http://www.ceps.eu/book/strength-euro-does-it-matter-and-it-really-strong)

Eurasian Union: The Real, the Imaginary and the Likely
Nicu Popescu (The European Union Institute for Security Studies)

On 29 May 2014, Kazakhstan’s capital Astana saw the signing of the Eurasian Union treaty, agreed to by the leaders of Russia, Kazakhstan, and Belarus in anticipation of building a new economic block to rival other global economic hubs: the EU, China, and the U.S.A question arises here as to whether Russia views this project in purely economic terms or as a way to restore its historical political power.

Russia and the EU each have very different views about their shared neighbourhood. For a long time, Brussels took inspiration from the EU enlargement in Central and Eastern Europe. Its vision was that of a Europe structured around the EU in a system of concentric circles – with the EU member states at the core, followed by candidate countries and then with a friendly neighbourhood to the East and South that would gradually adopt EU norms. However, this view is incompatible with Russia’s vision of a bipolar Europe: a Europe where the EU would constitute one pole and Russia (and the post-Soviet satellite states grouped around it) another one. According to this geopolitical vision, the Eurasian Union would be Europe’s second pillar.

There are two Eurasian Unions: one real, and the other imaginary. The real Eurasian Economic Union is a regional economic organisation like many others. The other, imaginary, is fuelled by Russia’s geopolitical aspirations. President Putin wanted to turn the Eurasian Union into a building block of global development on a par with the EU, NAFTA, APEC and ASEAN. Such a block would enable Putin to reintegrate the post-Soviet states into Russia’s sphere of influence and increase Moscow’s political and economic negotiating power with Brussels and other world actors. The Eurasian Union is in many respects inspired by the EU, although some doubts exist over its practical performance, as is reflected in multiple post-Soviet states’ reluctance to join the project. Failing to tie Eastern Europe to the project would be a setback for Russia, whose foreign policy views the reintegration of this post-Soviet space as a long-term priority. Paradoxically, Russian attempts to revert Ukraine’s break with the Eurasian Union have worsened Putin’s chances of bringing his vision about by terrifying other states in Eastern Europe.
(The study can be downloaded here: http://www.iss.europa.eu/uploads/media/CP_132.pdf)