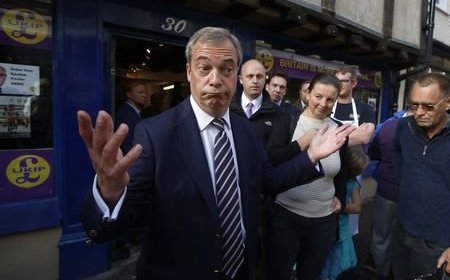 The irregular migration crisis on the EU’s southern border reached a new level when it became clear that the number of migrants picked up in Italian waters this year had tripled to around 108,000 persons, with around 1,900 having died while attempting to cross the Mediterranean. The unprecedented surge is driven by continued instability in North and sub-Saharan Africa, as well as the ongoing conflict in the Middle East. This paper analyses the steps taken by the EU in response to the immigration crisis.

Italy created its ‘military humanitarian’ mission Mare Nostrum (an ancient Roman term meaning ‘Our Sea’) in response to the deaths of over 360 migrants off the island of Lampedusa in 2013. Its predominantly military design notwithstanding, Mare Nostrum has saved an estimated 70,000 lives in less than a year. Bearing the brunt of the immigration crisis, Italy has mounted continuous pressure on other EU Member States to take greater responsibility for the migrants themselves and for the expenses associated with Mare Nostrum, which runs at a monthly cost of €9 million. On 27 August, the EU unveiled its intention to replace Mare Nostrum with its own Triton border surveillance mission run by the EU Frontex border agency.

The question is whether Triton will manage to replace Mare Nostrum completely. Frontex has never hitherto tackled a mission of such a size or complexity. While Frontex’s annual operating budget to support border control across the entire Schengen area is only €90 million, diplomats estimate that the set-up costs alone for Triton will be €20 million. The new mission is hence likely to be limited in scope in its initial stage: it will not patrol international waters. The enhanced assistance from the EU, however, will give Italy some breathing space to implement an ambitious reform of its asylum system which needs upgrading to cope with the pressures arising from the Arab Spring and the Syrian civil war. This task is in store for other EU Member States plagued by illegal immigration. This is one of the reasons for the incoming President of the European Commission, Jean-Claude Juncker’s, promise of a stronger EU asylum policy.
(The study can be downloaded here: http://www.iss.europa.eu/uploads/media/Brief_25_Mare_Europaeum.pdf)

The euro area has recently entered a new economic and political phase, during which it is necessary to assist growth and stabilise financial markets through structural reform remedies. While there are visible signs of economic revitalisation, some indicators remain murky. The responsibility lies in the hands of the EU Member States, who must effectively implement existing fiscal mechanisms. This report is an assessment of the macroeconomic challenges and policy recommendations for the euro area.

The Member States with high debts must first of all consolidate their public finances. Consolidation may have negative effects both for short-term and long-term growth, and must therefore be drafted in such a way as to support growth, not hamper it. At the moment, consolidation is being slowed down while structural deficits are increasing: this is not a viable long-term solution.

At the same time, the consolidation has come excessively in the form of tax increases, rather than in often politically more contentious cuts in government expenditure levels. Even this risk must be approached with caution, however, so that the cuts are not made to investments into general government gross fixed capital formation (GFCF), which have a positive impact on growth. Surprisingly, only the Baltic states managed to maintain these expenditures. The stability and growth pact should prioritise growth-enhancing public investments and monitoring of cuts.

The private sector is also highly indebted. However, its role is essential at a time when growth cannot be initiated through public funds. Therefore, effective mechanisms must be drafted to assist euro area households and small and medium sized enterprises (SMEs). This could be achieved through the European Central Bank, as long as its policies are complemented by harmonisation and national bankruptcy proceeding reforms.

Last but not least, the President of the Euro Group should logically be a full-time position and the Euro Group in general should become more institutionalised in the European Parliament, because it is this group that will coordinate the reforms between the EU and national governments, which are the final arbiters in this area.
(The study can be downloaded here: http://iie.com/publications/papers/kirkegaard20140904.pdf)

Out on the Edge Instead of Here in the Middle: The Four Reasons Why Britain Can´t Resolve Its Relations with the EU
Roderick Parkes a Julian Rappold (The Polish Institute on International Affairs)

The EU was founded with a simple goal in mind: to allow the states of Europe to escape historical and geographic pre-determinism. Britain has never really felt the need to “escape” its history or geography for the simple reason that both had been largely successful. While most Europeans therefore welcomed continental integration as a means of reducing their differences, Britain saw the EU as a threat. And as the effects of integration gradually made the UK’s non- membership untenable, Britain joined the EU and its relationship with this institution may now be charted in the efforts of its main political parties to meld their thinking to these new realities.

The Conservatives, led by Prime Minister David Cameron, adhere to the idea that the state should play a minimal role in British society while most of its duties should be managed by the local authorities. If Conservatives ascribe Britain’s historical political success to its status as an unusually decentralised polity, the EU is viewed as its antithesis. The party is therefore critical of the EU and Cameron has advocated holding a popular referendum on British EU membership should he be reelected in the next general elections. The Labour party has stressed the geographical position of the UK. Tony Blair saw that its transatlantic geography made it a unique bridgehead for the EU in relations with the United States. This attempt to use Britain’s geography as the basis for a separate status failed on all fronts, leading to policy inconsistencies and strained relationships.

In contrast, the Liberals approached Europe institutionally. The problem was one of temperament, for the UK’s institutions were built on a desire to exploit a favourable and fast-changing world, and the EU’s on an inherent pessimism and a desire to bind members. Faced with this dilemma, Liberals have remained more or less wed to their traditional thinking, using EU institutions wherever possible as a means to force domestic constitutional reform, but otherwise maintaining a certain distance so as to grab global opportunities. This commitment-phobia has left the UK increasingly dependent upon the EU’s central institutions for conflict resolution.

The UK’s three principal parties have thus struggled to update their thinking to new realities, triggering a growing nostalgia in Britain which opens the doors to more radical parties such as Nigel Farage’s UK Independence Party. However, UKIP’s underlying philosophy and existing membership base make it unlikely to become a viable popular alternative to the three major parties. Meanwhile, the eurozone has developed into the core of European politics. But London has remained outside most instruments of closer cooperation—the Euro-Plus Pact, the fiscal pact, and common banking supervision. Consequently, the UK is now tied to continental Europe, but is losing its capacity to influence happenings there. To make things worse, instead of searching for a compromise, Britain now looks to a referendum, a tool that undermines organic political development with its reductionist choices and implied finality.
(The study can be downloaded here: http://www.pism.pl/files/?id_plik=18072)