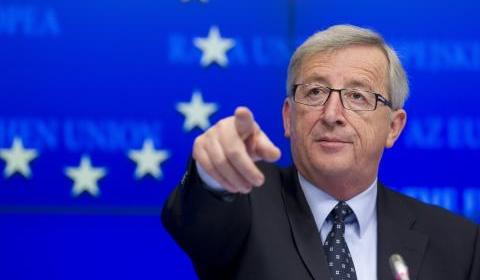 The incoming boss of the EU Commission, Jean-Claude Juncker, told the European Parliament this week that he would present his 300-billion-euro plan for investment to kick off economic growth and jobs by the end of this year. During his keynote speech before a parliamentary vote to endorse his new EU Commission, he said that investment was essential to create jobs and spur growth. Yet, Germany, Europe’s biggest and most important economy, remains hesitant to spend more to boost growth. Mr Juncker however pointed out that the 300-billion-package should be financed by private investors adding that governments should not contain their budgets anymore.

The German government has been resisting pressure from other euro zone states to increase public investment to kick-start economic growth on the continent. Mr Juncker underlined that the EU budget rules, which tame the size of government deficits and public debt, will not be relaxed. The EU Commission is currently reviewing these rules and their effectiveness. A report is due by mid-December, while France and Italy are lobbying for relaxation of the rules in required budget consolidation efforts. Yet, Commission’s chief-to-be stressed that “the rules would not be changed” while admitting that “they can be implemented with a degree flexibility.”

Investment, he said, was only one part of a three-pillar strategy, along with structural reforms of national economics and renewed fiscal credibility for governments. Jean-Claude Juncker promised that his team would focus in its five-year mandate on major programs while leaving ”lesser matters” for national governments. He stressed though that economic improvement and empowerment was vital for the Commission. “Either we succeed in reducing unemployment. Or we will have failed,” he concluded.