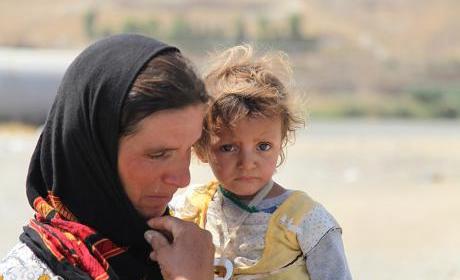 Berlin has lambasted the EU for endangering lives of millions in Syria in the upcoming winter saying that Brussels should grant “a special one billion” to prevent a catastrophe. Germany is calling for EU’s greater involvement and commitment to helping alleviate the refugee crisis in the country. German Development Minister said that “we are witnessing a disaster of the century. Many deaths will occur in the coming winter if we do not make a clear combined effort”. Mr Müller spoke on Tuesday (28 October) at the opening of a conference on refugees which hosted representatives from more than 35 states.

The available statistics speaks about seven million displaced children and minors as a result of the Syrian civil war and bloodshed caused by the Islamic State (IS). Estimated number of people affected by the crisis in need of humanitarian assistance is 10.8 million, out of which 4.7 million are in hard to reach areas. The number of refugees registered and awaiting registration is almost 3.2 million. Hundreds of thousands live in precarious shelters, and are often forced to sleep in mud.

Germany’s Müller has called for a greater EU engagement in Syria stressing that “I am missing the EU’s humanitarian flag”. He added that Germany has already provided a lot of resources and thus serves as a role model for other EU members. “If the remaining 27 member states would involve themselves according to their size and capability, like Germany, then we could secure the survival of families and children and offer them long-term prospects,” the German Development Minister concluded. Since the start of the Syrian war, Germany has allocated about €650 million in the region and accepted 70,000 Syrian refugees. Berlin announced that extra 640 million euros would be provided until 2017. The EU28 as a whole has so far provided €2.9 billion, which means that Germany has covered more than 22 percent of the total EU aid for Syria.