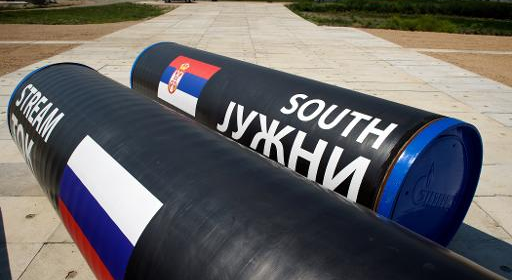 Hungary’s parliament approved amended legislation on Monday (3 November) aimed at bypassing EU law, a move which effectively opens the way for the construction of the Russia’s Gazprom-financed South Stream natural gas pipeline that is to pass through Hungarian territory. The European Commission has subsequently announced that it was in contact with Budapest requesting further clarifications. The amended bill makes it possible for any gas company, which is not a formally certified transmission system operator, to build a gas pipeline. According to the new law, the only requirement that the pipeline construction company would reportedly need to go ahead with such a construction is approval of the Hungarian Energy Office, a process, in which international coordination bodies, including the EU, would have no jurisdiction.

This move is widely interpreted as trying to allow the Kremlin-backed project to proceed without EU’s further interference. Hungarian government has been a strong proponent of the South Stream project because it would, from Budapest’s point of view, allow Russia to pump natural gas under the Black Sea to Europe, thus bypassing Ukraine. However, the European Commission has consistently opposed Hungarian’s position stressing that all the bilateral intergovernmental agreements regarding South Stream, including those signed by Hungary, are in breach of EU law. To justify its strong opposition, the EC refers to the EU’s Third Energy Package, which states that pipelines in the EU must not belong to natural gas extractors to prevent the competition in the oil and gas market to be distorted. Therefore, the Commission insists that other gas suppliers should have access to South Stream, a demand that Gazprom has so far refused to to comply with.

It is also telling that the current stand-off between the EU and Hungary follows a rather similar development in the case of Bulgaria, the first country on the European route of the planned pipeline, against which the Commission has already opened an infringement procedure related to South Stream. Andras Deak, a Budapest-based analyst at the Hungarian Academy of Sciences was quoted as saying that Hungary’s Prime Minister Viktor Orbán was “testing the EU limits with Russian backing”. Mr. Deak then concluded by saying that “But the EU stopped Bulgaria, and it’s going to stop us as well.”