Refuelling Europe: A Roadmap for Completing the Single Energy Market 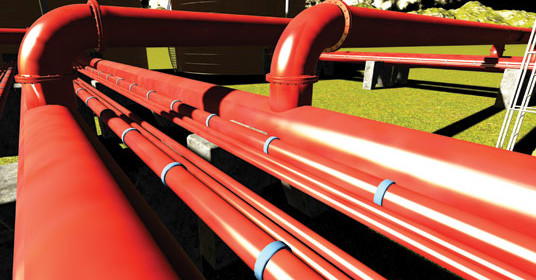 The EU has been seeking to achieve the unification of the energy market across its 28 Member States. However, there are three obstacles on the way to attain this objective, whereby their significance increases over time. The first challenge is to keep the energy costs at such a level so that they can remain internationally competitive. Secondly, it is vital to maintain an uninterrupted energy supply even when the Middle East is rocked by political instability and the relations with Russia have deteriorated considerably. Last but not the least, a tremendous challenge remains how to sustain the commitment to energy decarbonization and the increasing share of ecologically produced energy, while the future of an effective international climatic agreement is clearly at stake. Additionally, all three challenges to the European energy sector are interrelated and often in a conflict with one another.

It is hardly surprising that the Ukrainian crisis could potentially function as a catalyst of its kind to overcome the difficulties of unifying the energy market. The Union’s dependency on Russian fossil fuels and transport routes is an issue connected with the afore-mentioned efforts to have a more ecological and geopolitically more secure energy sector. The diplomatic schism between the EU and Russia seems to be of a long-term nature, which in effect grants Brussels a sufficiently long time span for the necessary and meaningful diversification of energy sources.

The European model of energy market integration that is based purely on liberalization and market mechanisms is no longer sufficient in enforcing the ecological goals, which is also why the Member States have joined the game as well. They support the development and expansion of the integration in the form of national subsidies for renewable energy but, at the same time, these subsidies must be harmonized on the European level in order for the unification of the energy market to be complete.

The market integration itself is not the ultimate goal, but it should rather lead to cross-border competition of energy suppliers and therefore to prices that correspond with the competitive environment. If the EU is not capable of achieving these conditions, there is a danger that European energy-intensive industries will lose their international competitiveness, especially with regard to the US, which benefit from the low prices of electricity produced from shale gas.

In the context of the Eurozone debt crisis, the proposal to create a transfer union was rejected. The argument was that the indebted states should continually bear full responsibility for their own debts. However, the transfer system makes much more sense when it comes to the energy sector, not to mention that it fulfills the philosophy of the union solidarity as well. The moral argumentation is straightforward: while the states can choose whether they incur debts or not, they could not choose what resources they were blessed with by the Mother Nature. If the EU invests enough effort and resources in the construction of appropriate infrastructure, it could substantially help to overcome the problems of energy security, ecological sustainability, and economic accessibility. By doing just that, a truly single European energy market, to which the EU is committed, would finally emerge.