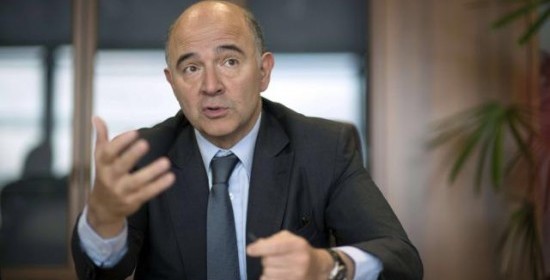 The European Union provided Ukraine with another batch of its financial support worth 1.6 billion euros in total. Brussels released 500 million euros in loans to Kiev on Wednesday (December 3) under an extensive aid program launched earlier in March with the aim to save Kiev government from bankruptcy. The anticipated payment comes only a day after Ukrainian President Poroshenko revealed a new anti-corruption plan, which is a key condition of EU’s financial support and loan program. According to EU’s Economic Affairs Commissioner Pierre Moscovici, “we are providing essential financial support at a time of extraordinary economic and social challenges for the Ukrainian people.” Mr. Moscovici also added that “In turn, it is vital the country maintain the momentum of reform so as to create the conditions for sustainable prosperity for all Ukrainians.”

The EU and international lenders have already given Ukraine loans and grants of billions of euros since the beginning of the crisis following toppling of a pro-Russian government in February. Brussels has, however, repeatedly put off plans to organize a donors’ meeting to kick off Ukraine’s poor economy. Instead, EU28 has prompted Kiev to decrease its reliance on borrowing and hand-outs. Last week, the EU Neighbourhood Commissioner Johannes Hahn visited Kiev where he emphasized that the government “needed to deliver” on reforms. “There is increasing mutual understanding that we should speak less about the donor’s conference and more about reforms and investments,” he said. Ukraine has recently appointed also a number of foreigners, including a U.S. national, to top posts in a new government. President Poroshenko said that his country needed to learn from “foreign experience” as it tries to avoid bankruptcy. Brussels should still provide Kiev with 250 million euros under the loan program, which includes also EU development funds and lending from the European Bank for Reconstruction and Development.