South Korea and the European Union: A Promising Partnership for Development Cooperation? 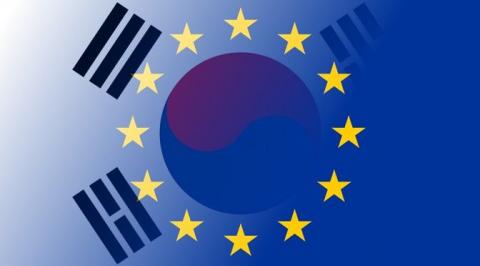 South Korea was the first Asian country to sign a free trade agreement with the EU. It became a kind of anchor for the EU’s trade relationship with the whole continent that has for the last two decades attracted world attention for its rapid economic growth. South Korea can today pride itself with having an advanced democratic system and, despite being a relatively small country, it tries to find a middle ground (not only) in light of the Japan-Chinese economic and trade rivalry. To this end, establishing closer relations with the EU can be a step in the right direction for South Korea.

Ever since 1953, when the open conflict with its northern neighbor was ended with signing of an armistice agreement, South Korea tried to consolidate the conditions in its society devastated by the protracted war. The swift modernization of its industry, one of the most important results of these endeavours, proved to be very expensive and nearly impossible to complete without the support of international donors. The situation began to change in the 1980s when South Korea felt strong enough to start participating in development assistance. From then until the late 1990s, an absurd situation occurred when Seoul was a provider of development assistance while, at the same time, was itself a recipient of development assistance. The decisive moment for South Korea’s development aid was the year 2009 when it became a member of the Development Assistance Committee (DAC) of the OECD. This step led to a planned change in its fiscal policy, which meant that henceforth 0.25 percent of GNP, up from the previous 0.15 percent of GNP, were allocated to international development assistance.

But there is still room for improvement when it comes to the establishment of cooperation between Korea and the EU in the field of development assistance. Although many EU Member States have been collaborating with South Korea in this area, the cooperation at the EU level has not yet advanced beyond the “strategic partnership” rhetoric. In short, there is no cooperation in development assistance on the level of EU institutions. This appeal for a reform of the current situation is mainly rooted in the recent strengthening of the bilateral economic relationship: In 2011, both partners signed a free trade agreement, making South Korea the first Asian country to conclude a trade as well as a “strategic partnership” agreement with the EU.

When looking at the future prospects for the South Korea-EU relationship, both parties should focus mainly on the development of market infrastructure or on the development in the field of human resources. This could practically mean that the EU institutions should start taking part in the ongoing development projects in the form of, for example, financial aid or the provision of expertise. But both parties could also cooperate in creating new projects aimed especially at “green growth” and climate change. The EU is the world leader in this area, while South Korea only is only beginning to devise and implement its environmental policy and thus there is a lot it can learn from the EU. In the future, both parties could benefit from a shift in the cooperation from the level of individual Member States to the level of European institutions.