Fighting Piracy off the Coast of Somalia: Lessons Learned from the Contact Group 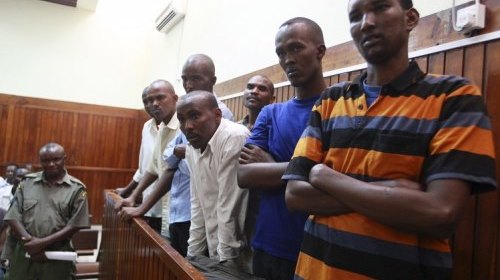 One of the priorities of the 2014 EU Chairmanship of the Contact Group on Piracy off the Coast of Somalia (CGPCS) has been to adequately document the lessons learned from the Contact Group. This includes both the accounts of people affected by piracy or involved in the fight against piracy and also the more academic, analytical work whose aim is to generate conclusions, observations and recommendations. To achieve this objective, a CGPCS Lessons Learned Consortium was established in 2013 consisting of the EU Institute for Security Studies, Cardiff University and Oceans Beyond Piracy.

The Contact Group grew from a limited diplomatic initiative launched in 2009 as an elastic instrument in the fight against Somali piracy and, by 2014, had stimulated effective and coordinated action by stakeholders from virtually every sector of global society affected by the problem of piracy. As a result, no commercial ship has been captured since 10 May 2012; pirates are holding no merchant ship for ransom; and fewer than 50 hostages remain in captivity, all of whom were taken by pirates on or before 26 March 2012.

Thanks to the Contact Group’s efforts, three crucial counter-piracy policies were adopted: 1) the remarkable voluntary operational coordination among naval counter-piracy forces operating in the region; 2) the measures taken by the shipping industry, including privately contracted armed security teams embarked on commercial ships and, 3) the creation of a legal framework for counter piracy. None of these three aspects had been neither formulated nor enforced before 2009. The Contact Group provided a forum for political debate and discussions that ultimately enabled these critical efforts to succeed.

Since then, the debate has moved to the question of piracy onshore, which is pivotal in resolving the problem in its complexity. The study also emphasizes the need to acknowledge the key motive for the pirates who rely solely on the economic model of the ransom payment and for whom the cash flow becomes the focal point.

From the UN perspective, the co-operation with the Contact Groups was not anything new, for it has been working with similar organizations often in the past 20 years. The Somali case was characterized by a fairly strong unity of the international community in the question of the fight against piracy. However, it is improbable that this model of close co-operation between an informal coordination mechanism and an international organization could be applied to all critical situations.

From the Somali perspective, it could be stated that the principal causes of piracy have not been eliminated despite a 6-year long period of counter-piracy activities. Only a comprehensive approach, combining security and development activities together with good governance, could lead to the eradication of the piracy threat.

(The study can be downloaded here:http://www.iss.europa.eu/uploads/media/Report_20_Piracy_off_the_coast_of_Somalia.pdf)