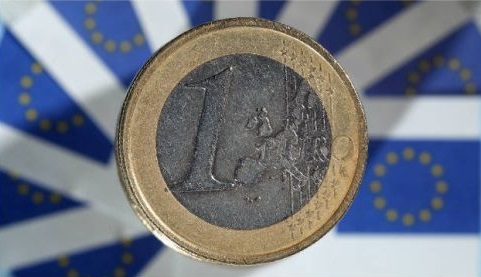 It seems that while the US economy is recovering from the crisis fairly quickly, the European economy is still struggling with high unemployment rates, slow GDP growth, and a sharp drop in investment activity. However, a closer look at the heart of the Eurozone allows for a differing point of view. Germany, the Eurozone’s largest economy, is doing rather well. It currently has the largest surplus since the beginning of the crisis – in fact, in 2012, the nominal German surplus was even higher than the Chinese one. Additionally, Germany’s GDP per capita superseded the pre-crisis figures by 11 percent.

Nonetheless, the economies of the states on the Eurozone’s periphery are showing different results. The GDP per capita of the Eurozone’s four southern-most members – Portugal, Greece, Spain, and Italy – plummeted by 6 percent and the Greek economic output per capita fell by one fourth. The standard of living of all four southern states has decreased by 13 percent in comparison to Germany. What is even more bewildering is that the similar figures in the United States also fell when compared to Germany – by 10 percent. Interestingly enough, Germany itself recalls the troubles of a fiscal trap vividly when, after the WWI, the Germans found themselves in a situation very similar to that faced by Europe’s periphery today. Due to the post-war reparations and the fixed monetary system, Germany lost the opportunity to regain its competitiveness. In short, the current condition of the states on Eurozone’s periphery is thus reminiscent of Germany’s own post-WWI experience.

How does then one explain that, in line with the notoriously well-known relationship between the competitiveness of an economy and its unit labor costs, the monetary operations conducted in the Eurozone appear to be sufficient? The authors of this study overcome the shortcomings in measuring by using the Balassa-Samuelson-Penn (BSP) model, which presupposes a higher price level in richer countries than in poorer countries, and therefore bypasses the limits of the purchasing power parity (PPP). BSP model shows that competitiveness in the periphery states of the Eurozone has sharply decreased. While the German competitiveness rose by 9 percent, the Greek one fell by 9 percent. Finally, the real change in competitiveness is closely interconnected with the nominal exchange rate. This relationship points to the importance of a flexible currency for the purpose of regaining competitiveness in the time of a crisis.

Just as Paul Krugman noted, the costs of maintaining the stability of a currency area, e. g. the Eurozone, could be very high. They are even higher, if the crucial economy of the currency area benefits from extremely low interest rates due to the capital outflow from the periphery to the center, and, simultaneously, does not suffer from the currency devaluation, which could be caused by other circumstances. Germany can thus enjoy an unusual economic boom, whereas the periphery economies are choking due to the toughness of austerity measures which do not have the desirable effect. A question remains, whether Germany will be able to realize that the times of the Versailles system are long gone and that growth at the expense of the periphery will in effect bring many more hidden costs.

(The study can be downloaded here )