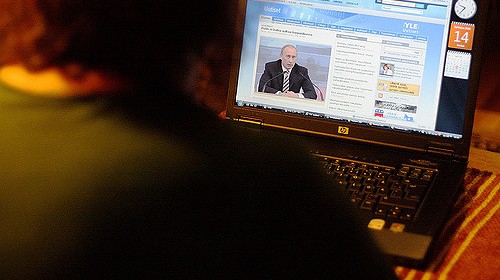 The head of the EU’s five-month-old project “East Stratcom”, whose aim is to monitor and counter Russian propaganda and misinformation online, is appealing to MEPs to get their help to spread information across the EU. East Stratcom team currently does not have any budget and it operates under the European External Action Service. Its nine-person staff and approximately 400 contributors located throughout the block and Eastern Europe monitor online media and alert Brussels when they encounter propaganda. The team publishes a weekly review of the examples of recent Russian “misinformation” coming mostly from online sources.

Giles Portman, Head of East Stratcom, however, said that there was a limit to what his team could achieve without help from outside. “That means the help of the Member States, but I really think we can use your help as well to support our network and spread the information we find out,” Mr Portman said when speaking to the Subcommittee on Security and Defense (SEDE) on Friday (18 February). The Parliament’s Committee on Foreign Affairs (AFET) is going to vote on East Stratcom in a plenary vote in June. Polish EPP MEP Anna Elzbieta Fotyga (Law and Justice), Chair of SEDE, will be a rapporteur on the report.

The report that the Parliament will discuss in June will address propaganda from Russia, Ukraine, Georgia and the Islamic State. However, some MEPs think that East Stratcom should also aim to educate and influence Europeans to recognize and counter Russian propaganda themselves. Last November, the EU Parliament approved a report that would make Internet companies liable for hate speech. At the same time, the Commission is negotiating with firms behind closed doors to encourage them to remove extremist posts that Europol labels as dangerous.