Bad News for TTIP : EU and US Likely to Miss End-Year Deadline 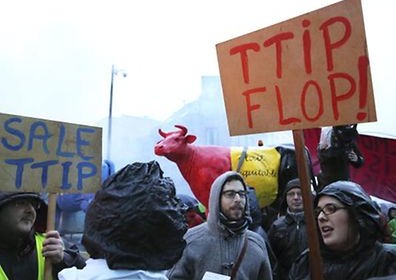 The current EU presidency held by Latvia announced that the European Union and the United States would probably miss a year-end target deadline to finalize the Transatlantic Trade and Investment Partnership (TTIP). Latvia’s Foreign Minister, Egars Rinkevics, said that the EU-US negotiations would not most likely be concluded during Latvia’s and the upcoming Luxembourg’s presidency. Luxembourg is taking over the EU presidency from Latvia on July 1. The announcement comes only a week after EU leadership reiterated that they were committed to finalizing the talks by the end of this year.

Mr Rinkevics said that there had been discussions on the overall strategy how to achieve the agreement but it cannot be ruled out that it may take longer. “The political will is there but in order to tango you need two,” he added. EU Trade Commissioner, Cecilia Malmström, added that one “cannot put a date” on the conclusion of the negotiations. Yet, she said that both Brussels and Washington wanted to finish talks “under the Obama administration” or before January 2017.

TTIP would not only decrease the already low tariffs between the EU and the US but it would also harmonize regulations to an unprecedented degree having an impact on a myriad of goods and services. However, the deal has been criticized by many non-profit organizations and social activists on both sides of the Atlantic. The most problematic part is a clause, which allows international firms to sue governments in tribunals that are above national law. Critics moreover say that TTIP would increase corporate power and make it more difficult for governments to regulate markets for public benefit.