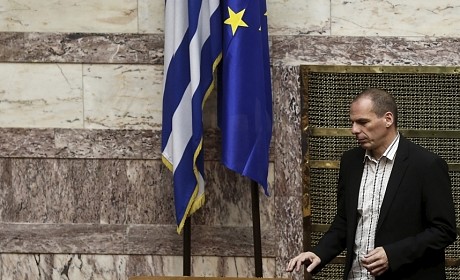 Greece made a surprising announcement to its creditors admitting that it will run out of money on April 9. This move is widely seen as a desperate attempt to get more loans before reforms, which are a prerequisite for new funding, are implemented. The request has been immediately rejected by Brussels. The appeal was made during a teleconference of EU foreign ministers on Wednesday (April 1) that was held to make an assessment of how the country was doing regarding the conditions that could unlock new financial aid.

Greece’s request comes after the country’s Interior Minister, Nikos Voutsis, suggested that, concerning its dilemma when Athens needs to decide between paying back 450 million euros to the International Monetary Fund (IMF) on April 9 and paying salaries and pensions, the government will choose the latter. However, the government’s spokesperson later denied that the cabinet would miss the IMF payment deadline, though the dilemma between IMF, on the one hand, and pensions and salaries, on the other, was reiterated during the teleconference with creditors.

Athens can get additional loans worth 7.2 billion euros from both the IMF and the Eurozone if it introduces reforms that the previous government agreed would be the pre-condition for receiving more funding. The new government, however, does not want to implement most of the promised reforms because they are against its election promise to put an end to budget consolidation policies. Thus, the new cabinet is now renegotiating a new list of steps that would be acceptable for both sides. Athens, however, says that a new deal should not be a “post mortem” for the country as “there is no way we can go beyond 9 April”.

Eurozone officials suggested that Greece could help its liquidity by tapping money of various entities in the Greek general government and that of state-owned firms, even if it had to pass new laws to be able to do it. Athens replied that this strategy would not generate enough money to cover both the IMF payment and its obligations on time.