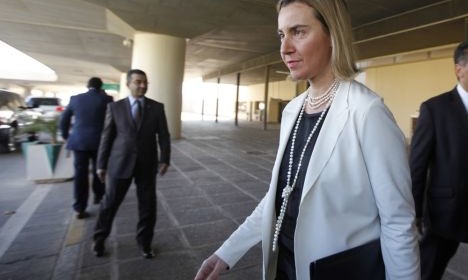 Much ado about nothing? Not exactly. The leaked document, which was drafted under the lead of the High Representative Federica Mogherini, hasn’t revealed anything that would hint to a turnaround in the EU’s attitude to Russia and its general vision is in line with the existing doctrine. The tone of the document could raise certain doubts, though these were removed during the subsequent discussion among the ministers of foreign affairs. Why should we then be perturbed by it?

The key problem, to which the document is pointing, lies in an absolute lack of understanding of the key factors that define the Russian foreign policy and their significance. The authors are clearly incapable of correctly assessing the Russian interests because they focus on mere formalities such as the renewal of dialogue with the EU, the negotiation of free trade agreements, or the recognition of the Eurasian Economic Union. On the contrary, the real and much more essential interests of the EU are: compliance with the international law by the Russian party, termination of Russian activities leading to destabilization of neighboring regions, or progress in the area of human rights in Russia. This fact highlights the inappropriate naivety of the authors because it is utterly absurd to presuppose that Russia will change its course on the basis of the objectives which are assigned to it. By this logic, it is impossible for the EU to achieve its own goals.

Russia is not going to give up the pressure in its neighbors because by that the ‘bear’ would deny its own identity. The Russians want to see themselves as a superpower, whereby they consider the ability to keep a sphere of influence around its borders as one of the most important characteristics defining a superpower. Therefore, no one can expect that Russia would dismiss its policy in return for mere negotiation talks. Among the interests that were assigned to Russia, only two of them seem probable, though both are merely temporary and seen as means to preserve its superpower status: the supply of high technology and advantages for Gazprom. To that end, one must take into consideration this context when thinking about the conflict in Ukraine. The current situation cannot be perceived as something unique and confined only to the Ukrainian case, but as something that can be easily brought into effect in any other post-Soviet republic.

The misunderstanding between the EU and Russia is therefore fundamental. The Union should acknowledge this fact and should not ignore it by concentrating on trivialities. If the EU disregards or fails to understand the reality of the peculiar mentality and world view of the Russian elites, it will only further weaken its position and standing vis-à-vis Moscow. Similarly, the EU should not get distracted by particularities but rather see the whole picture, notably the general principles underpinning Russian behavior and also the Union’s own ultimate interests.