Death Penalty in the EU: Hungary’s PM Seeks a Debate 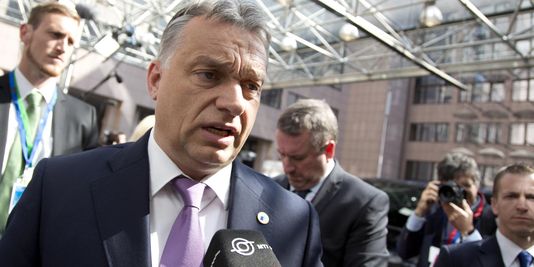 Hungary’s Prime Minister, Viktor Orban, who is considering restoring capital punishment in his country, is now seeking debate about this topic with European leaders. In his opinion, current penalties for major crimes are too lenient, which is why death penalty should be „kept on the agenda“ in Hungary. The idea to re-introduce capital punishment has appeared within his party recently in response to the murder of a 21-year-old shop assistant in the town of Kaposvar in western Hungary. She was buried on Wednesday (29 April).

Despite the hideous crime, the idea of the Hungarian government to reintroduce death penalty has triggered much controversy both at home and around Europe. The ruling party, Fidesz, is continuously losing ground to the far-right Eurosceptic party, Jobbik, and is expected to face difficulties when seeking to challenge it in the 2018 elections. Jobbik, the radical nationalist party and the main challenger to the rule of Viktor Orban, have long promised to reintroduce death penalty if elected.

The head of the Fidesz parliamentary group, Antal Rogan, admitted that the party was aware that death penalty was not acceptable under EU rules. Nevertheless, he thinks that “a substantial debate can be raised [at] EU level” if a Member State disagrees. European Parliament President, Martin Schulz, has already responded by saying that he would contact Prime Minister Orban to discuss the issue.

The Council of Europe, an international organization promoting co-operation between European countries and a guardian of legal standards in the areas such as human rights, democratic development, the rule of law and cultural co-operation, has also expressed its concern over the Hungarian rhetoric and called on Budapest to be more attentive to human rights. The Council’s Human Rights Commissioner, Nils Muiznieks, also denounced the recent comments of the Fidesz government regarding the linkage between terrorism and migration and EU migration policies.