The European Interest in an Investment Treaty with China 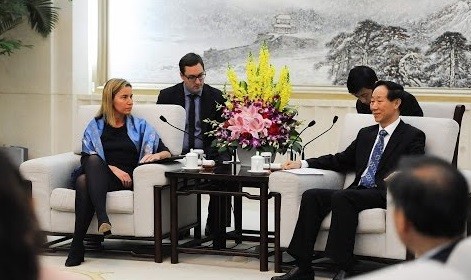 The Chinese investments in Europe have increased as a consequence of the economic crisis, whereby this development was characteristic not only for the heavily indebted EU countries. That is one reason why the EU should urgently negotiate an investment agreement in China, which could help regulate this important area within this strategically important bilateral relationship. A sole agreement would replace 27 bilateral treaties between the Member States and China, each of whom is characterized by different advantages and drawbacks. The European Commission is currently in talks with the Member States about the conditions for the mandate to negotiate a prospective investment treaty with China. A uniform stance of the Member States will be crucial if the EU were to successfully pursue its interests.

The EU also has an interest in ensuring the transparency of the capital flows and investors’ identities, whereas China has hitherto tolerated tax havens and an opaque flow of capital. The Union is rightly concerned about the protection of its investments in China. The European companies often have problems with the protection of intellectual property, preferential treatment of state-owned companies, or the judicial system, which is often seen as subordinate to the ruling Communist Party and an instrument to maintain its grip on power. The future of the China-EU agreement will also be shaped by the ISDS mechanism (Investor State Dispute Settlement), which is included in the TTIP deal currently being negotiated with the U.S., as well as other ambitious proposals of common norms and regulations. While the European companies struggle to overcome major obstacles to access the Chinese market, the European markets are less restrictive for the Chinese investors than U.S. or Canadian markets. There are also concerns about the activities of Chinese communication companies, such as Huawei, which cannot bid for a government contracts in the U.S. due to its links to the Chinese People’s Liberation Army.

China contests the extension of anti-dumping measures in the EU and the rise in its ecological and market standards. On the other hand, from Chinese perspective, Europe offers a stable environment where larger amounts of capital can be invested at a time when economic growth back home is slowing down. Chinese consumers themselves are concerned about the lack of ecological and health norms in their own market and therefore look increasingly for foreign brands that are seen as synonym of quality. That is also why China wants to acquire European technologies, know-how, and established brands. In January, the Chinese government announced a draft law on foreign investment, which indicates a prospective simplification of the regulation process of authorization of foreign investments and an equal treatment for foreign investors and domestic companies. China will also reportedly release a new negative list that should be a shorter version of the current list of restricted or banned industries for European investors.